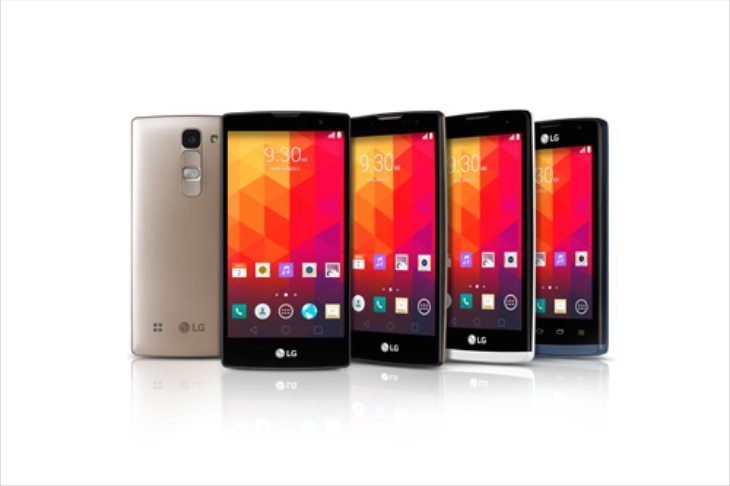 Four new LG smartphones have been made official before MWC 2015 takes place in Barcelona next week. The LG Magna, Spirit, Leon and Joy will be making an appearance at Mobile World Congress with the LG Watch Urbane. LG touts these as mid-range handsets but with design aspects usually seen in more premium models. Read on for more on specs.

The cream of the crop is the LG Magna. This one is powered by either a 1.2GHz or 1.3GHz quad-core processor (varies by market), has a 5-inch 720p display, 1GB of RAM, and 8GB of internal storage that’s expandable via microSD. The Magna carries an 8-megapixel rear camera, a 5-megapixel front-facing camera, and has a removable 2540 mAh battery. It runs the Android 5.0 Lollipop operating system and measures 139.7mm x 69.9mm x 10.2mm.

Next we come to the LG Spirit, which has many of the same specs as the Magna but in a more compact form. This one has a 4.7-inch 720p display, either an 8 or 5-megapixel rear camera (varies by market), a 1-megapixel front-facing camera, and removable 2100 mAh battery. It measures 133.3mm x 66.1mm x 9.9mm, also running Lollipop.

The LG Leon again carries some similar specs but instead has a 4.5-inch FWVGA display, an 8 or 5-megapixel rear camera, VGA front-facing camera, and removable 1900 mAh battery. The dimensions of this one are 129.9mm x 64.9mm x 10.9mm and it runs Lollipop.

Finally we get to the baby of the new family in the shape of the LG Joy. This lesser-specced handset has a dual-core or quad-core processor (varies by market), a 4-inch WVGA display, 512MB or 1GB of RAM, and 4 or 8GB for internal storage (expandable). It has a 1900 mAh battery and measures 122.7mm x 64mm x 11.9mm, and will come running either Android 4.4 or Android 5.0 Lollipop.

It’s always good to hear of more new smartphones on the way, and with MWC only just over a week away we’ll be seeing plenty more devices unveiled from big-name manufacturers very soon. Be sure to check back with us for more news on news devices. In the meantime we’d like to hear your initial thoughts on the LG Magna, Spirit, Leon and Joy, so please send us your comments.