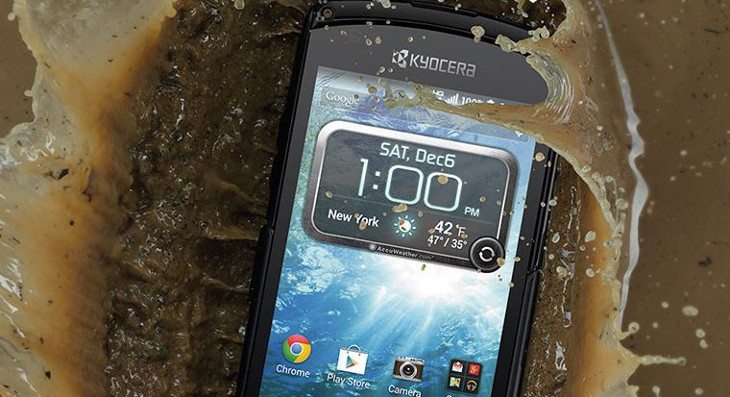 Many manufacturers have rolled rugged handsets over the years, but Kyocera has put out more than most. Their latest smartphone has just been announced before MWC, and it offers up midrange specs in an extremely tough exterior.

The Kyocera DuraScout E6782 isn’t a flagship handset in the same vein of the Note 4 or LG G3, but it can hold its own with most handsets in its glass. It also won’t pop apart when you drop it as it carries the MIL-810G standard. This means it can withstand rain, sleet, snow, humidity, and temperature extremes along with being able to take a tumble.

As for the specs, the Kyocera DuraScout E6782 sports a 4.5-inch panel with Sapphire glass protection and a resolution of 720p. It’s powered by a Snapdragon 400 clocked at 1.4GHz, and backed by 2GB of RAM. You’ll also get 16GB of storage space which is expandable up to 32GB via a microSD card slot.

The Kyocera DuraScout E6782 may be tough, but it will still allow you to take photos with an 8MP rear sensor and 2MP front-facing camera. Connectivity options include WiFi, Bluetooth 4.0, NFC and Cat4 LTE, which supports download speeds of up to 150Mbps. The DuraScout will run Android, and is powered by a large 3,100mAh battery.

We’re still not sure of the Kyocera DuraScout E6782 availability or exactly how will set you back, but it is listed at a few e-tailers. Cellcom has the retail price listed at $420, and while there’s no mention of a release date, it does give us something to consider in regards to the price.

What do you think about the Kyocera DuraScout E6782?