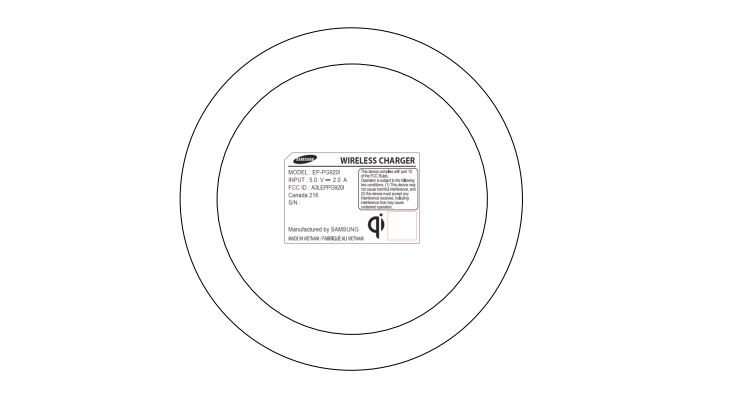 There is no doubt that the Samsung Galaxy S6 will be shown off in about a week, but a few of its features are still up for debate in some circles. If you had wondered about the Galaxy S6 wireless charging capabilities, wonder no more as its official charging pad has just cleared the FCC.

In January, a report surfaced outlining several Samsung Galaxy S6 accessories. One of them was a wireless charging pad dubbed the Zero-Flat S Charger Power Pad, and a device believed to be that pad has shown up via the FCC with the model number EP-PG9201. As usual, we’re not going to get much to look at.

In terms of specs, the Galaxy S6 wireless charging pad has a peak consumption of 2A with an input of 5V. The schematics show a round pad, so it appears as if we may get something a little more stylish than your typical black charging mat. More importantly, it finally confirms the wireless charging rumors, and that’s something that will help to sell a lot of units. Face it, nobody like chargers.

If you cringed at the thought of buying a wireless charging back like consumers had to do with the S5 and Note 4, you can now rest easy with news of the wireless charging pad. We’ll have to wait a little longer to see what the Samsung Galaxy S6 charging pad looks like, but we hope it’s just as stylish as the we believe the Galaxy S6 and its edged counterpart will be.