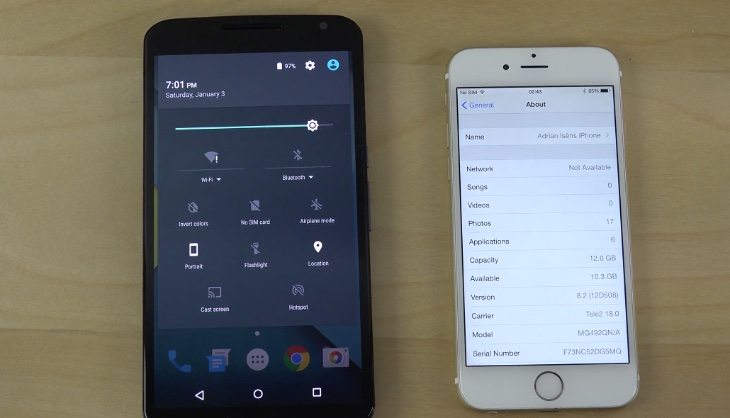 Google recently announced Android 5.1, which is now available for some Nexus devices. Meanwhile the latest Apple iOS to make a public release is iOS 8.2, although 8.3 is also in beta. It can be good to see how new versions of operating systems compare, so today we’re bringing you some informal iPhone 6 vs Nexus 6 vs. Nexus 5 bootup speed tests.

Regular readers may recall that iOS 5.1 was available for the Nexus 5 before it reached the Nexus 6, and we’ve previously shared a bootup test of the Nexus 5 on Android 5.1 vs. iPhone 6 on iOS 8.2. At that time we said it would be interesting to see the same sort of testing with the Nexus 6, and we now have that for you.

Below this article you can view two videos that show how these phones fare on their respective operating systems. The first YouTube video shows the Nexus 6 on Android 5.1 up against the iPhone 6 running iOS 8.2 in this unofficial test. You’ll see the reviewer simultaneously powering up both devices to see which is up and running first.

In the same test using the Nexus 5 vs. iPhone 6 there was a clear winner but the difference was negligible. This time round with the Nexus 6, again the winner is clear, but this time there’s a significant difference in speeds. We won’t give the game away here as you might enjoy finding out which is fastest when you watch the video yourself. 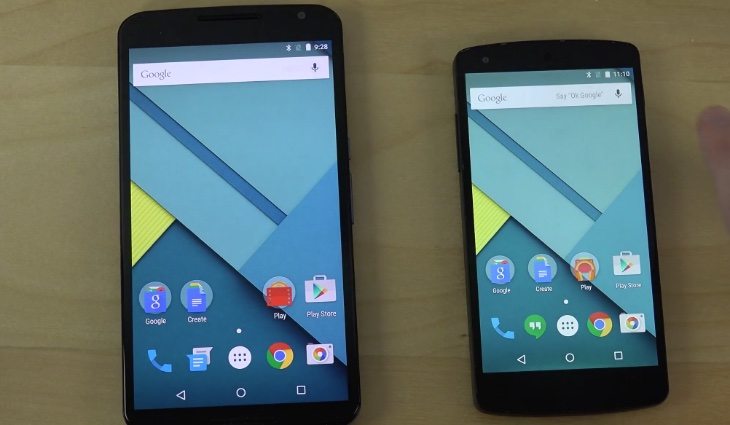 We also thought it would be interesting to see the same type of test on the Nexus 6 vs. Nexus 5 both running Android 5.1 and that’s what you can see in the second YouTube video below. Again both handsets are switched on at the same time to see which is the first to be ready for action. There’s another sure winner here, which may or may not surprise you considering which device you prefer. When you’ve scrolled down to the videos and taken a look we’d be really interested to hear from you.

Are you surprised at the results of either of these bootup tests between the Nexus 6 and Nexus 5 on Android 5.1 and the iPhone 6 on iOS 8.2? Drop your comments in the box provided to tell us what you think.