The Samsung Galaxy Tab 3 V is a $135 Android slate 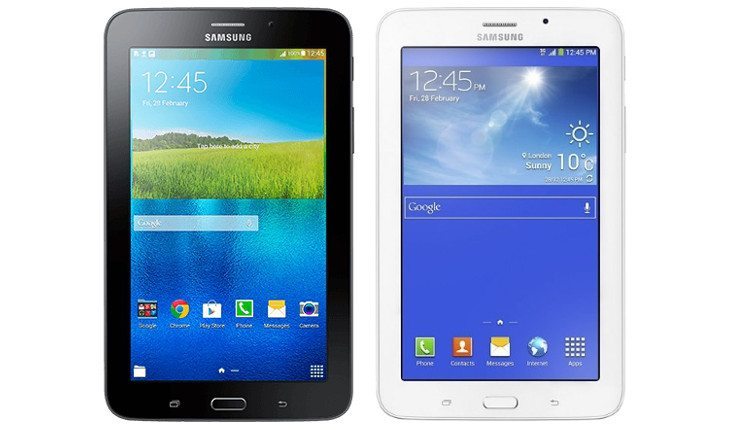 In 2014, the Galaxy Tab S lineup gained Samsung a lot of new fans, and while we haven’t seen the company’s lineup for this year, they are already rolling out several midrange slates. One of the newest is called the Samsung Galaxy Tab 3 V, and it’s just been announced for Malaysia with the rock bottom price of $135.

Samsung has produced a number of budget slates of the years, and the Samsung Galaxy Tab 3 V has joined its ranks. It comes in under the recently revealed Galaxy Tab A series in terms of specs, but is powerful enough to still be considered an option if you’re in the market for a cheap media slate.

The Samsung Galaxy Tab 3 V has a 7-inch panel with a resolution of 1,024 x 600. The processer is listed as a 1.3GHz Spreadtrum quad-core SoC , and it comes with 1GB of RAM, and 8GB of expandable internal storage under the hood. As for the cameras, you’ll find a 2MP snapper on the front, and back of the tablet. The rest of the Samsung Galaxy Tab 3 V specs include WiFi, Bluetooth, 3G, and an FM Radio. The Tab 3 V is powered by a 3,600mAh battery, and will run Android KitKat 4.4 out of the box.

At this time, the Samsung Galaxy Tab 3 V is only available in Malaysia and is priced at RM499, which comes out to around $135. There’s been no mention of the tablet going international at this time, but we’ll keep you in the loop as we think a lot of folks would be interested in a Samsung branded tablet with 3G at this price.