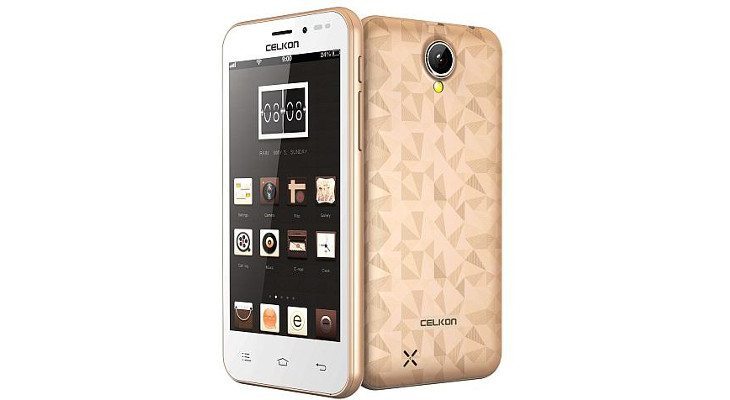 We haven’t checked in on Celkon in a while, but that doesn’t mean they haven’t been busy. The company recently revealed a new handset bound for India, and it may be worth a look if you’re in the market for a budget smartphone that won’t break the bank.

The last time we covered a device from Celkin was early in February with the Celkon Millenia ME Q54. The Celkon Millennia Q450 is a bit cheaper than the Q54, which generally means the specs are dumbed down compared to the previous device. That’s not the case with this time around as the specs are similar aside from the snappers.

The Celkon Millennia Q450 sports a 4.5-inch panel with a resolution of 480 x 854. Under that small slab of glass, you’ll find a quad-core 1.3GHz processor backed by 512MB of RAM with 4GB of expandable storage. The rear camera is listed at 5MP while the front-facing snapper is a 2MP sensor. Connectivity options for the Celkon Millennia Q450 include 3G, Wi-Fi, Bluetooth, and GPRS/EDGE. The handset will get its power from a 1,800mAh battery, and will run Android 4.4.2.