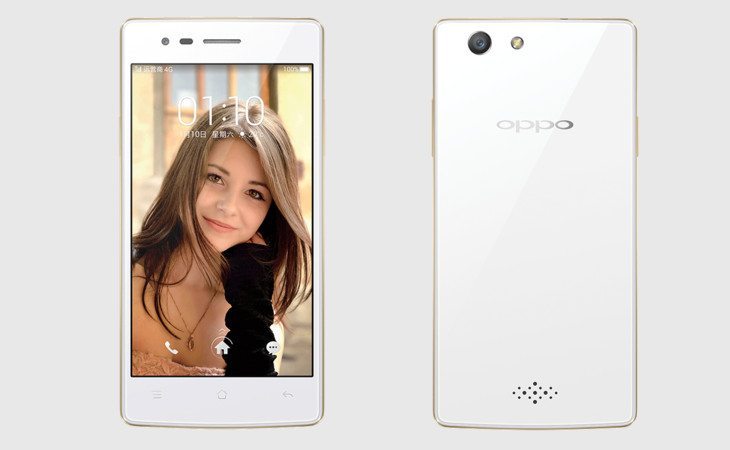 Just a few short days ago we told you about a new Oppo smartphone that passed through certification in China. What a difference a couple of days make. While we usually don’t see phones released this quickly, Oppo has just made the Oppo A31 official with a nice price tag of $160.

There generally isn’t a lot of wiggle room between the specs listed with TENAA and the actual release of a new smartphone, and that’s the case with the Oppo A31. As we learned earlier this week, the device will get its horsepower from a 64-bit Snapdragon 410 and sports a 4.5-inch IPS panel with a resolution of 480 x 854. The rest of the innards include 1GB of RAM, 8GB of internal storage (expandable up to 128GB), and a 2,000mAh battery.

The Oppo A31 is certainly midrange, but it’s one of the ‘new breed’ so you can look forward to a solid 8MP snapper on the back and a 5MP sensor on the front for selfies. As its Oppo, you can also enjoy Dual-SIM capabilities to go along with 4G, Wi-Fi, Bluetooth, A-GPS, and Android 4.4 KitKat. We’d be remiss if we didn’t mention the Oppo A31’s build quality as well considering it has a metal frame and a glass back.

Oppo has produced a number of quality smartphones over the years, and the Oppo A31 looks to join those ranks soon. The handset will go up for sale on April 17th in China for CNY 999, which equates to around $160 bucks in the states or Rs. 10,029 in India. There’s been no word on the A31 leaving China at this time, but we expect it to roll out to India and other regions as well.