HTC Desire 326G announced for India with release set for May 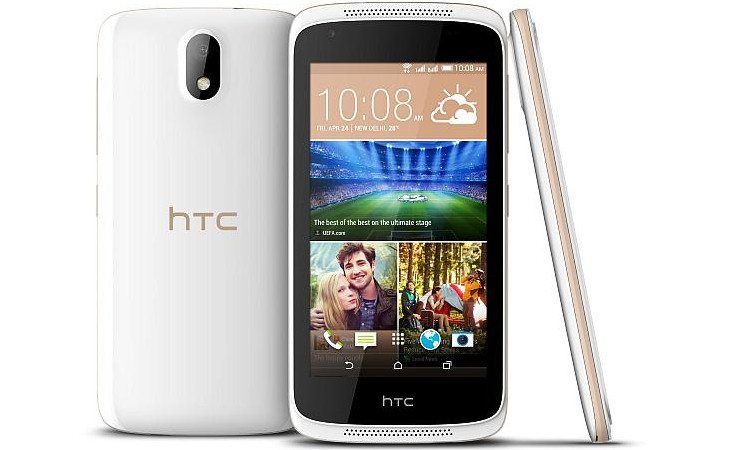 If you live in India and are in the market for a new handset, there are no shortage of options to choose from. HTC made a couple of big announcements for the region today with the HTC One M9+ India release, but not everyone wants or needs a new flagship. If you’re looking for something a little cheaper in the region, you may be interested in the HTC Desire 326G launch.

The HTC One M9+ or the One E9+ are both fine choices if you are wanting to upgrade to a flagship in India this year. That said, the HTC One M9+ India price of Rs. 52,500 may be too steep for some which is where the HTC Desire 326G steps in. It doesn’t have the same power of features of its “One” class brethren, but it’s expected to be substantially cheaper.

In terms of specs, the HTC Desire 326G will features a 4.5-inch panel with a resolution of 480 x 854. Underneath the glass beats a 1.2GHz quad-core Speadtrum chip, 1GB of RAM, and the usual 8GB (expandable to 32GB) of storage space. You’ll also find an 8MP snapper residing on its backside while a 2MP snapper takes care of your selfies.

While the HTC Desire 326G is a nice alternative to the company’s higher-priced handsets, HTC has yet to reveal the HTC Desire 326G price in India. The smartphone will arrive sometime towards the end of May, and is set to roll out in major retailers throughout the country in various colors.