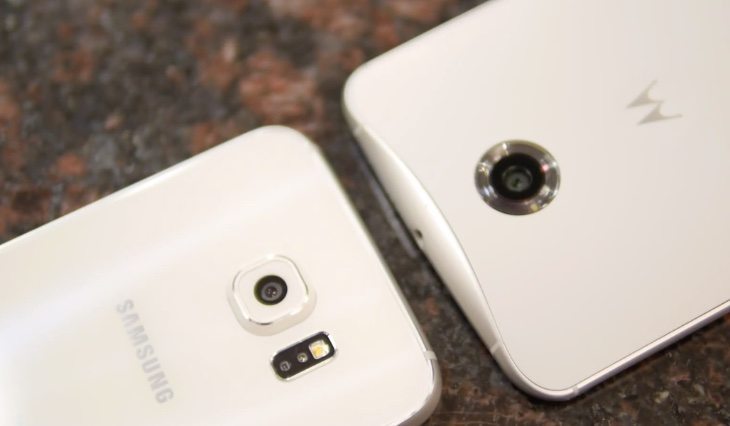 A new Nexus phone always makes plenty of waves when it arrives and the Google Nexus 6 made by Motorola was no exception when it released late last year. Many Android device enthusiasts are torn between the Nexus handsets and the flagship Samsung Galaxy S line, and the new Galaxy S6 has just released to a waiting public. With this in mind we’re looking at the Samsung Galaxy S6 vs. Nexus 6 with specs and more outlined.

These are both top-flight phones with some admirable specs. Many Android fans enjoy Nexus devices because they offer a stock Android experience with speedy updates, although some were unsure about the massive display on the Nexus 6. On the other hand the Galaxy S6 has really stepped up to the plate with the premium quality and design of the new handset, although it no longer has a removable battery or microSD support as on previous versions. Let’s run through the specs first. 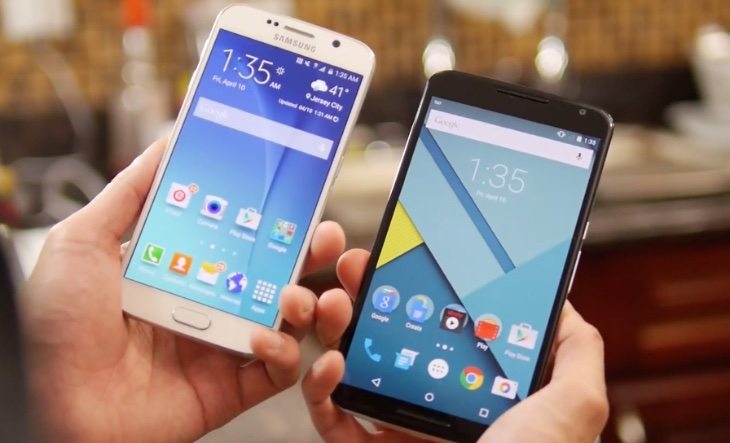 While this covers the key specs, buyers will also want to consider the many different features of both phones, designs and more, and for this we’ve embedded a YouTube video from Phone Arena below this post. These handsets have plenty to recommend them, and the 8-minute look at the two phones covers many aspects beginning with looking at the designs. This is useful as the difference in sizes is really shown here.

The comparison continues by discussing the displays, software experiences, performance, camera capabilities, call quality, and battery life, plus details of prices. It offers some useful insight into the two phones and may help you to decide which is the best option for you. Some of this is likely to depend on whether you prefer the larger display size of the Nexus 6 or the more compact and premium looking Galaxy S6.

When you’ve taken time to peruse the specs and view the comparison below we’d really like to hear from you. Do you sway more towards the Samsung Galaxy S6 or does the larger size of the Nexus 6 and stock Android experience win you over?