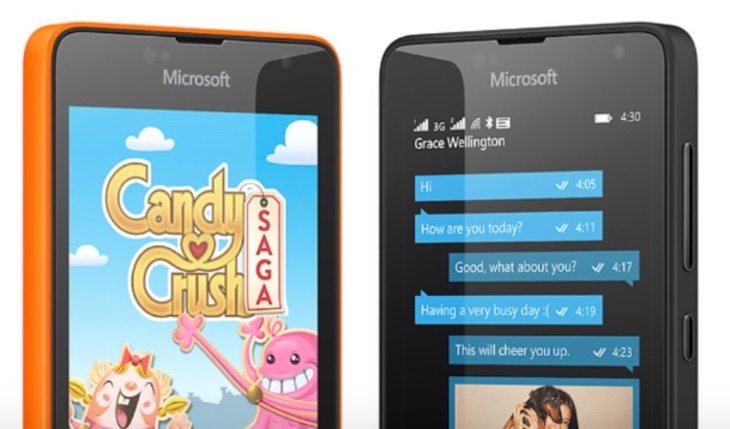 Microsoft has released several low and mid-range Lumia devices over the last few months, and now a new Lumia handset that was announced in March has launched for India. It’s a very affordable smartphone that is likely to sell in high numbers for the budget end of the market. We have details of the Microsoft Lumia 430 official price for India, and you may be pleased to hear it’s available now!

This new Microsoft Lumia will be on sale from today across India. It has a price tag of Rs. 5,299 and you can choose from black or bright orange colors. In our launch article on the Lumia 430 the price was announced as having an approximate price of $70. At the time this equated to around Rs. 4,380, although we noted that prices can vary according to market. The confirmed price is higher then, but the phone still offers real value for money.

Several freebies are on offer for buyers, for instance Vodafone customers can get 500MB of free data each month for 2 months. Other offers are available from RedBus and with Mobikwik. Key specs of the Lumia 430 include a 1.2GHz Snapdragon 200 dual-core processor, Adreno 302 graphics, and a 4-inch LCD display with resolution of 800 x 480. It has 1GB of RAM, and 8GB of internal storage, expandable via microSD to 128GB.

It’s also worth noting that the Lumia 430 features Smart Dual SIM, which enables users to give unique profiles to SIM cards. If you’re pondering buying this phone you might like to take a look at a couple of our recent articles. One is a comparison of the 430 vs. Lumia 435, and the other is a specs breakdown of the Lumia 430 vs. Lumia 535.

Are you pleased to hear of the official launch of the Microsoft Lumia 430? Perhaps you’ve already decided to purchase this new Lumia smartphone? We’re always interested in what you have to say, so why not drop us a comment in the box below.