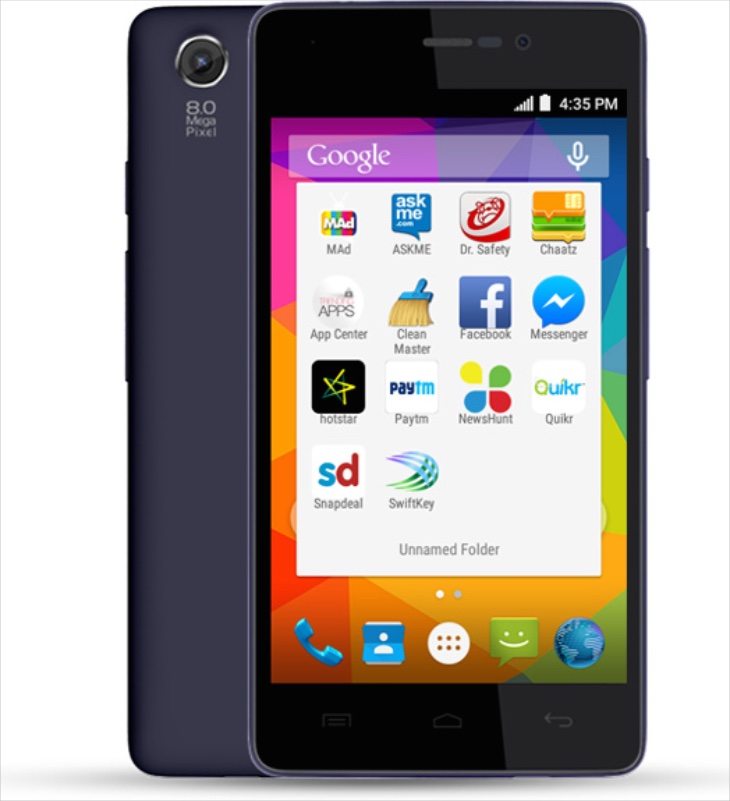 The successor to last year’s popular Micromax Unite 2 has just become listed for sale by an online retailer before its official launch. The Micromax Unite 3 Q372 is available right now with a shipping time of 1 to 2 days. The phone comes with numerous pre-loaded apps and we have details of those plus essential specs and price information coming right up.

Unite 3 specs include a 1.3GHz MediaTek MT6582M quad-core processor, a 4.7-inch IPS display with resolution of 800 x 480, 1GB of RAM, and 8GB of internal storage (expandable via microSD to 32GB). It’s equipped with an 8-megapixel rear camera with LED flash, a 2-megapixel front-facing unit, and a 2000 mAh battery, and it runs the Android 5.0 Lollipop operating system.

This is a dual SIM phone with dual standby and has FM radio and a 3.5mm audio jack. Connectivity is catered for with 3G HSPA+, WiFi 802.11 b/g/n, Bluetooth 4.0, and GPS. Just some of the pre-loaded apps that it comes with are Ask me, Chaatz, Facebook and Facebook Messenger, Hotstar, Newshunt, Quikr, Snapdeal, Swiftkey, Unite Lens, and Giga, Jump.

The online price at Infibeam is currently Rs. 6,569 and it’s available in blue or white colors, both of which are in stock at the time of writing. Given that the phone is now on sale it shouldn’t be too much longer until it’s officially launched by Micromax. Do you think you might purchase the affordable new Micromax Unite 3 Q372 smartphone? What are your thoughts on the pricing of this device? Do send your comments to let us know.