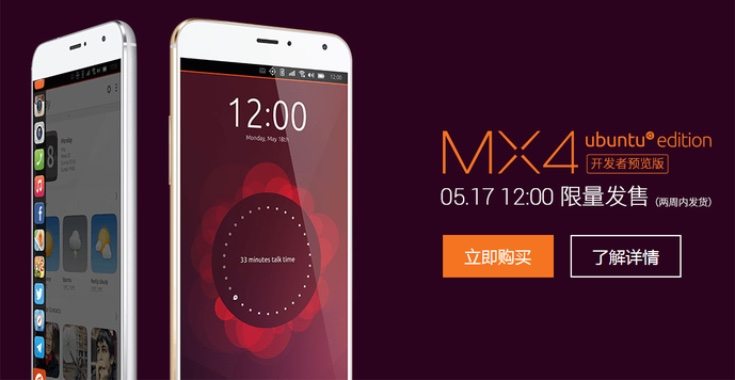 After several months of waiting the Meizu MX4 Ubuntu phone has been officially priced at its launch. We first heard of this special version of the device back in February, and it runs the Ubuntu operating system rather than the Android-based Flyme 4.0 of the standard Meizu MX4. Now the smartphone is up for grabs in China on the company’s website.

Just a few days ago a launch date was tipped, and lo and behold the phone has now been made available. The original Meizu MX4 released last year, and in March this year the company revealed more about the Ubuntu edition of the phone at MWC. Now the device has finally hit availability in China, and as expected the specs for the Linux-powered MX4 are the same as for the Android-based model.

The Meizu MX4 comes in white or gold color choices and the Ubuntu version has 16GB of internal storage (non-expandable). The price of the Meizu MX4 Ubuntu Edition in China has been confirmed as Â¥1,799, and as a rough guide that equates to around $290, Â£185, â‚¬255, or Rs. 18,450. Users of this version of the phone will be able to download apps from the Ubuntu Store.

Do you like the sound of an alternative to the Android-based Meizu MX4 smartphone? Maybe you’ve already decided you want the MX4 Ubuntu Edition? Do let us know with your comments.