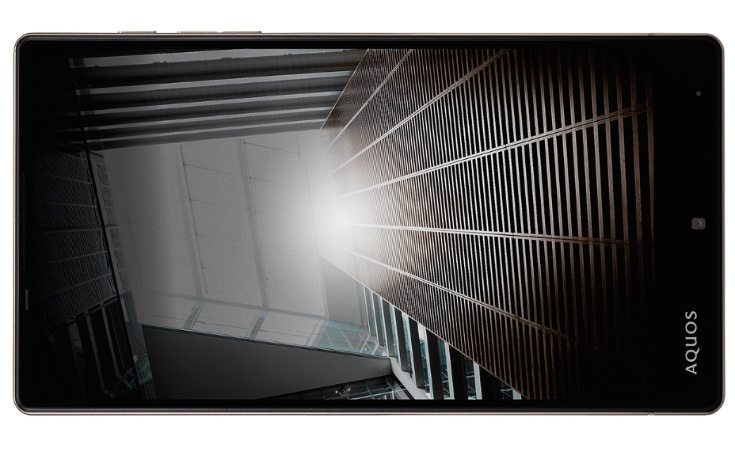 There are plenty of interesting devices being introduced at the moment, and Sharp has just announced its new flagship smartphone called the Sharp Aquos Xx. It has some very decent specs and will release on SoftBank Mobile in Japan in June, though availability for other regions hasn’t been announced yet. The reveal of the Aquos Xx comes hot on the heels of yesterday’s new Sharp midranger, the Aquos Crystal 2.

The Sharp Aquos Xx has a large 5.7-inch S-PureLCD display with Full HD resolution of 1920 x 1080 resulting in 386 ppi. Although the screen is sizeable the handset manages to remain more compact than some other devices with this display size because it has a bezel-free design. It’s powered by a Snapdragon 810 64-bit octa-core processor (four cores at 2GHz and four cores at 1.5GHz), with Adreno 430 graphics, and 3GB of RAM.

Further specs of the phone include 32GB of internal storage (that’s expandable via microSD to 128GB), 4G LTE connectivity, and a 3000 mAh battery. It has a 13-megapixel rear camera with autofocus and LED flash, plus a 2.1-megapixel front-facing camera. It has some basic waterproof qualities (ie. splash resistance not immersion), and as far as the design is concerned it has an aluminum frame. The new Sharp phone will be released running Android Lollipop out of the box.

Dimensions of the Sharp Aquos Xx are 146mm x 76mm x 8.7mm and it weighs in at 168g. This handset comes in black, red, or white color options and looks pretty stylish so it could appeal to plenty of smartphone buyers. No news yet on pricing though, but we hope to hear more on that soon.

Would you consider purchasing the Sharp Aquos Xx if it releases in your region? What is it about this phone that most appeals to you? Do let us know by sending in your comments.