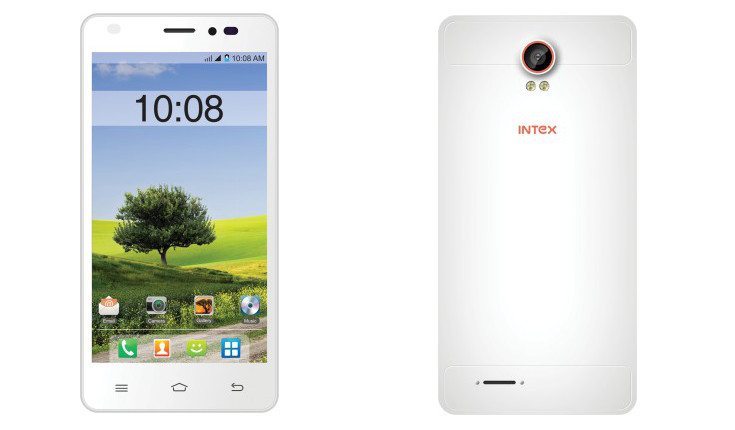 Flipkart is a one stop shop for those looking for a smartphone in India, and the company has just nabbed another exclusive. The Intex Cloud M5 II has just arrived in India through Flipkart, and it’s priced at a low Rs. 4,799.

As one would expect, the Intex Cloud M5 II is a budget handset which means you’re not going to get Lollipop out of the box, fingerprint scanners or another other flagship features. What you will get however is an affordable smartphone that won’t put you in the poorhouse, and which would also make a solid back up device for your high-powered handset.

The Intex Cloud M5 II sports a 5-inch panel with a resolution of 854 x 480. It will get its power from a Spreadtrum SC7731 quad-core chip which is backed by 1GB of RAM, and you’ll have 8GB of internal storage to work with as well. The rear camera is a 5MP snapper, while the front-facing camera clocks in at 1.3MP. Connectivity options include Wi-Fi, Bluetooth 4.0, GPS, 3G, and Dual-SIM compatibility. The smartphone gets is juice from a 2,000mAh battery, and will run Android 4.4. KitKat.

If the Intex Cloud M5 II seems like your cup of tea, you’ll be able to snag one in White and Orange or Blue and Black. The handset is already ready to roll through Flipkart, and you can check it out and the the link below.