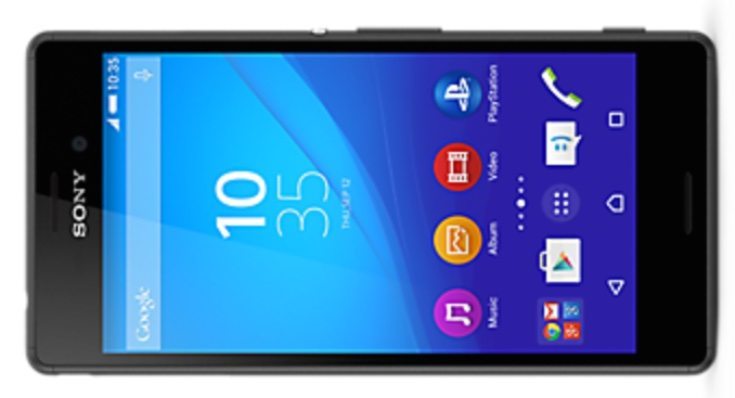 The Sony Xperia M4 Aqua was officially unveiled in March, a mid-range reasonably priced smartphone with water-resistance. Up until now the device hadn’t been available in the UK, but now the Sony Xperia M4 Aqua has released at Carphone Warehouse. We have details of the price and specs coming right up.

Although the phone launched in various colour options, so far only the black Xperia M4 Aqua is in stock at the giant retailer. However, the coral and white colour choices will also be available from early June and can be pre-ordered now. Also Carphone Warehouse isn’t showing the phone SIM-free or on Pay As You Go just yet, only on various contract plans.

One of these is on iD with a bank holiday mega deal with the retailer’s own mobile virtual network operator, which uses the Three network. The Sony Xperia M4 Aqua is available for no upfront cost on this plan and then payments of Â£15.50 monthly on a two-year contract. This will get you 150 minutes and 5,0000 texts as well as 250MB of 4G data monthly.

A wide choice of plans is available on other networks EE, Vodafone and O2. They go up in price to Â£42 monthly on a two-year contract with Vodafone. That price will get you unlimited talk and texts, and 20GB of 4G data per month. You can see all of the tariffs available at the Carphone Warehouse source below.

Specs of the Sony Xperia M4 Aqua include a Snapdragon 615 octa-core processor (with 4 cores at 1.5GHz and 4 cores at 1GHz), Adreno 405 graphics, and a 5-inch IPS LCD display with resolution of 1280 x 720 resulting in 294 ppi. The phone has 2GB of RAM, 8GB of internal storage (expandable via microSD) and a non-removable 2400 mAh battery, and it runs the Android 5.0 Lollipop operating system.

There’s also a 13-megapixel rear camera with autofocus, LED flash, and 1080p video capture, a 5-megapixel front-facing snapper, and dust and water-resistance to IP68 certification standard. Will you be heading to Carphone Warehouse to get hold of the Sony Xperia M4 Aqua?