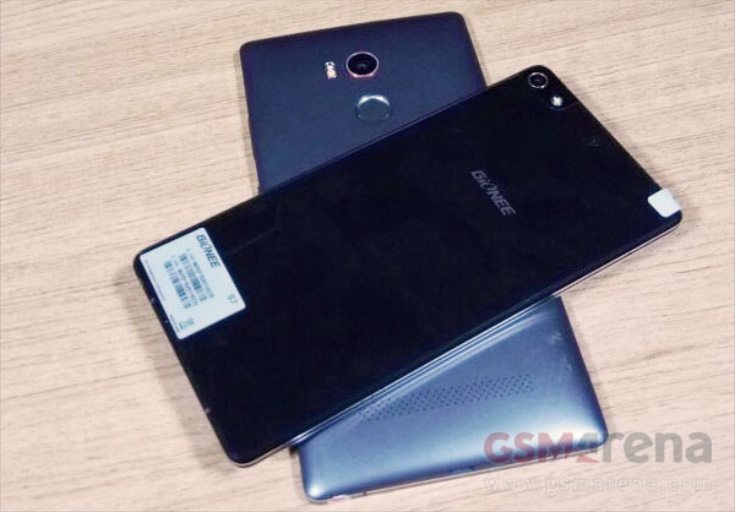 There have been whisperings about the Gionee Elife E8 smartphone for a while now, and earlier this month we reported on a specs leak for the device. This included some images from the TENAA certification filing, but now a clearer Gionee Elife E8 image has emerged before the official launch of the device.

The photo you can see here was supplied to GSMArena and is purported to be of the actual handset. Note that the Gionee Elife E8 is said to be the grey handset showing the reverse of the phone while the device on top of it is the Elife S7. This new image of the Elife E8 does appear to tally with the earlier images from TENAA and shows the handset with a metal build and the speaker grille to the bottom.

At the top of the back of the phone you can see the camera sensor, which is rumored to be a 23-megapixel variety. Just below this there’s what appears to be a fingerprint sensor. Other claimed specs of the Gionee Elife E8 include a 2GHz MediaTek MT795 octa-core processor, a 6-inch display with QHD resolution of 2560 x 1440, 3GB of RAM, and 32GB of internal storage (expandable via microSD to 128GB).

It’s also thought to have a 3520 mAh battery and it will be running the Android 5.0 Lollipop-based Amigo OS. A previous leak on the Elife E8 gave it dimensions of 164mm x 82.3mm x 9.6mm and a pretty hefty weight of 207g. Bear in mind that none of the above specs or features are confirmed yet, but it won’t be too much longer until these are clarified.