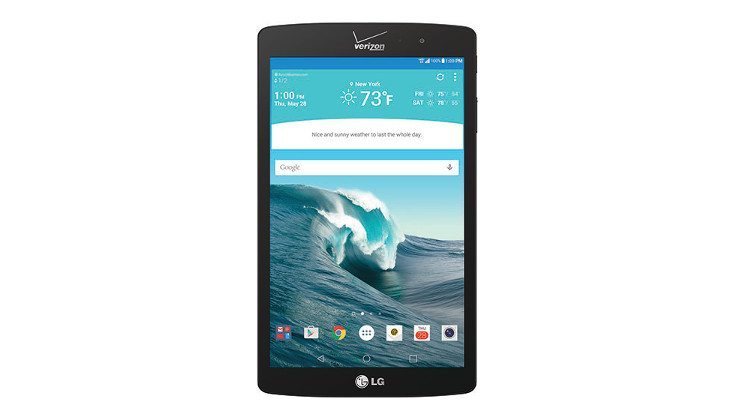 Earlier this month, we learned of a new slate headed for Verizon calledÂ the LG G Pad X 8.3. There was no mention of a launch date with the initial leak, but it looks like the tablet is ready to roll as pre-orders have begun and the LG G Pad X 8.3 release date is set.

As the name implies, the LG G Pad X 8.3 will have an 8.3-inch display sporting a resolution of 1080p. There’s been no mention of the RAM, but there is a 1.5GHz octa-core chip humming away under the hood and 16GB of RAM which is expandable up to 128GB through a microSD card. The slate has a 8MP/2MP camera combo as well, and the connectivity options include Wi-Fi, Bluetooth, and 4G LTE. Last but not least, is a 4,800mAh battery and Android 5.0 Lollipop along with software goodies from LG like Soft Light and Gesture Shot.