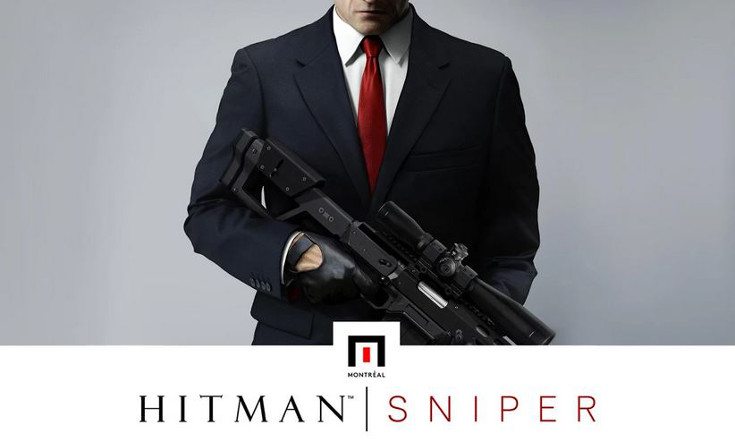 Square Enix impressed gamers and critics alike when they brought the Hitman franchise to mobiles with Hitman GO. They promised to follow that up with Hitman Sniper, and today they’ve made good on that promise with the Hitman: Sniper release for Android and iOS.

There are far too many sniper games in the App stores to count, and Hitman: Sniper is Squeenix’s version of the mobile sniper game. Does it mean it’s better than offering by Glu and other developers? We’re not sure, but the Hitman: Sniper challenge should have plenty of depth as there are over 150 missions to attempt at launch.

While we haven’t played Hitman: Sniper yet, the game should function like most other mobile shooters where you swipe to pan, tap to shoot, etc… etc… The formula works well in Sniper games, and Square Enix has thrown in leadboards as well so you can compete with your friends. As for the weaponry, there are 13 guns available at this time, which may seem sparse, but could work out just fine depending on how the unlocks roll out.

Hitman: Sniper is a game that’s been in soft-launch for ages, and many of us weren’t sure what took so long. Well, it looks like Square Enix did change a few things, but unfortunately it may have not been for the greater good. The game was originally free-to-play with in-app purchases, and now it’s a paid game — with IAPs. It’s not uncommon, but we don’t expect it to go ever very well considering the long delay and high price tag.

We’ll be back next week with our Hitman: Sniper Review, and you can bet there will be plenty of Hitman: Sniper tips and tricks hitting the web before Monday rolls around. The franchise has a lot of fans, we just hope Sniper is half as solid as Hitman GO. If you’re dying to get into the world of Agent 47 and dole out a little death, Hitman: Sniper is available to download on Google Play and the App Store for $4.99.