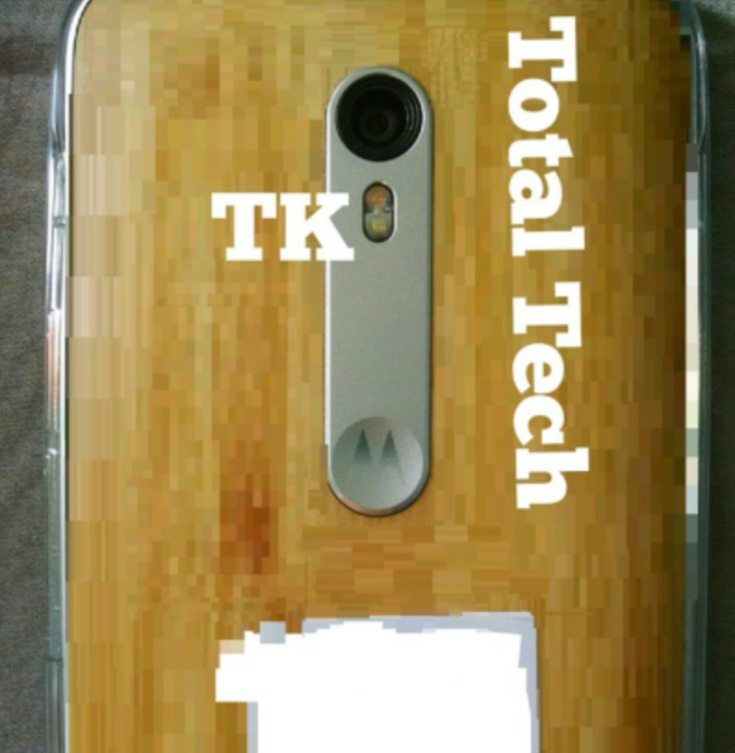 After the popularity of Motorola’s previous Moto X smartphones there is plenty of interest in the Moto X 2015. Now a purported image from a video and some specs for the device have emerged in a fresh leak. The photo beneath is purported to be a wood-backed new Moto X 3rd gen, which is said to have been disguised to protect the source.

Previously there have been rumors that the third-generation Moto X will release around August or September in 2015, and in early May we gave some details from an initial specs leak. This was followed by some further news on the camera for this device. The latest leak says that the new Moto X 2015 will be available in plastic, leather, or wood options.

Claimed Moto X 2015 specs from the new leak include an unspecified Snapdragon processor a 5.64-inch display with QHD resolution of 2560 x 1440, 3GB of RAM, and 21GB of user-available internal storage. Also tipped is a Type C USB port and the Moto X 3rd gen looks likely to be running the Android 5.1.1 Lollipop operating system out of the box. Some, but not all, of the above tallies with previous rumors that named a Snapdragon 808 chip and 4GB of RAM.

We’ve embedded the YouTube video from Total Tech below this article for your viewing convenience, so that you can take a closer look. Interestingly Phone Arena has added some further news to this leak. Two variants of the Moto X 3rd gen are tipped, one with a 5.2-inch QHD display, and another with a 5.7-inch QHD display that would be exclusively available on Verizon.

We’ll point out that you should treat these latest leaks on the upcoming Moto X for 2015 with the proverbial large pinch of salt. However, the growing amount of news does suggest that we’ll be hearing something official about the Moto X 3rd generation before too much longer.

What are your thoughts on these latest alleged specs for the 3rd gen Moto X 2015? Are you keenly waiting for this smartphone to be introduced?