Samsung Galaxy A7 now available for US from Amazon 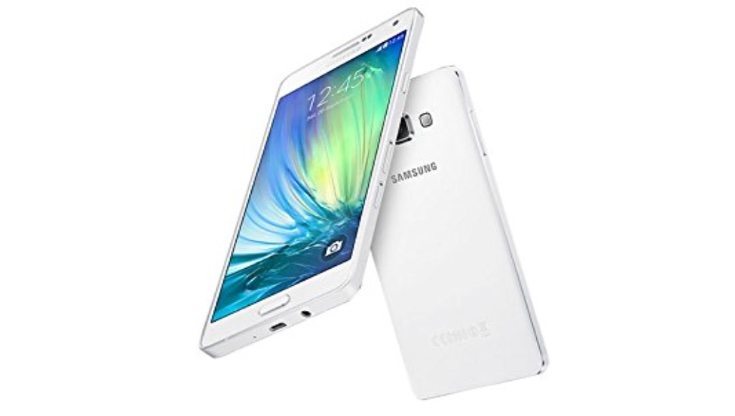 The Samsung Galaxy A7 released back in February and now it’s finally available in the US as it has gone on sale at Amazon. While Samsung hasn’t officially launched the phone for North America, there are likely to be plenty of people stateside who will be pleased to hear they can now get their hands on it.

The white version of the dual SIM handset is now up for grabs and the price at the time of writing is from $442.43 with free shipping. The phone has an attractive appearance as it has a metal build and is very slim, but we should point out that the model that Amazon is offering does NOT support 4G LTE connectivity. It does cater for 3G HSDPA though, so can be used on T-Mobile or AT&T.

Samsung Galaxy A7 specs include an Exynos 5430 octa-core processor, 5.5-inch Super AMOLED display with resolution of 1920 x 1080 resulting in 401 ppi, 2GB of RAM, and 16GB of internal storage that can be expanded via microSD to 64GB. It has a 13-megapixel rear camera with LED flash and 1080p video capture, 5-megapixel front-facing snapper, and non-removable 2600 mAh battery.

The phone released running Android 4.4.4 KitKat although the Android Lollipop update started rolling out for this handset in May. Dimensions of the Galaxy A7 are 151mm x 76.2mm x 6.3mm and it weighs 141g. Stocks appear to be limited at the moment so if you want to order one from Amazon you might want to try sooner rather than later. Of course it’s possible that more stock is on the way.

Have you been hoping to get your hands on the Samsung Galaxy A7? Maybe you’ve already decided to purchase it through Amazon? Do let us know with your comments.