Microsoft Lumia 735 now up for grabs at Verizon 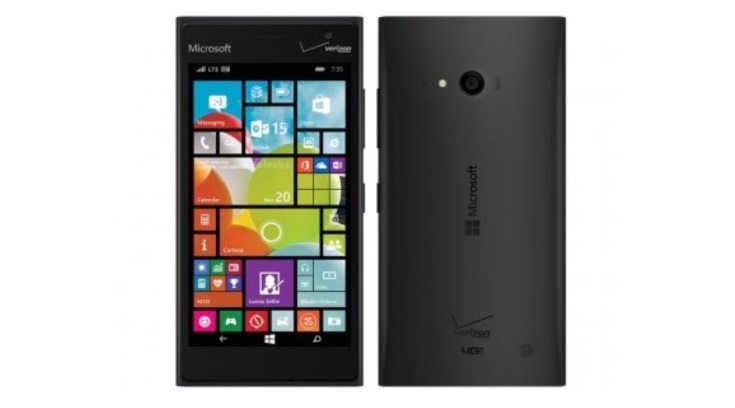 It has certainly taken quite some time for this phone to reach Big Red but the giant US carrier is now offering the Lumia 735. It was previously leaked that the phone was heading got Verizon, although the tipped release date was for earlier this month. The Windows Phone 4G LTE handset is now available from Verizon (in the black color only) for a very affordable $79.99 on a two-year contract. Alternatively buyers can pay the full price of $192 or purchase on Verizon Edge for $8 monthly.

Those who buy it before July 31st can also get a one-year subscription of Office 365 (Professional) worth $69.99 with their purchase. The Microsoft Lumia 735 is a mid-range smartphone powered by a 1.2GHz Snapdragon 400 quad-core processor with Adreno 405 graphics. It has a 4.7-inch OLED display with HD resolution of 1280 x 720 resulting in 312 ppi, 1GB of RAM, and 16GB of internal storage (expandable to 128GB with microSD).

There’s a 6.7-megapixel rear camera with Zeiss lens, autofocus, LED flash, and 1080p video capture, as well as a 5-megapixel front-facing shooter, also with 1080p video recording capability. The Lumia 735 has a removable 2220 mAh battery, and the phone runs the Windows Phone 8.1 operating system that will be upgradable to Windows 10 for Mobile at some point.

You can see our previous articles on the Lumia 735 here, or head to the Verizon source below if you want to see all the details or order this phone. Are you surprised to see the Nokia Lumia 735 finally appear on Verizon as the Microsoft Lumia 735?