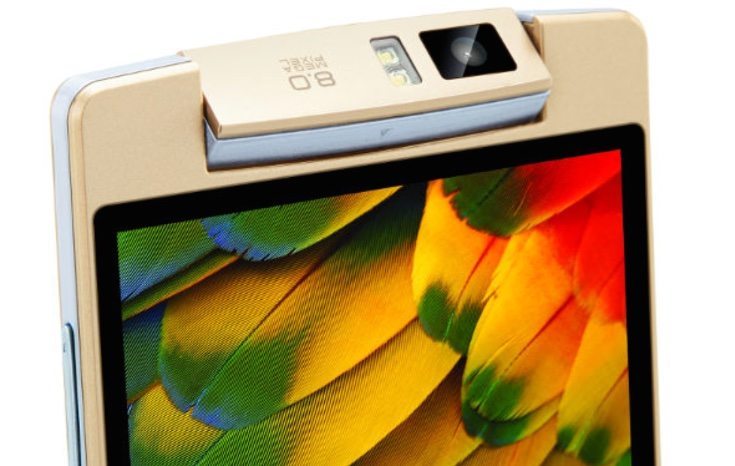 Another new budget smartphone has launched in India today and we have information about the iBall Andi Avonte 5 price. This handset has something different to offers users, as it has a rotating camera unit that looks pretty sleek. Read on for more details about this phone including specs and features.

A standout feature of the iBall Andi Avonte 5 is the 180-degree 8-megapixel camera that can rotate when you want to take a selfie. This also has dual-LED flash. The phone is powered by a 1.3GHz quad-core processor, has a 5-inch IPS display with resolution of 854 x 480, 1GB of RAM, and 8GB of internal storage (expandable with microSD to 32GB).

The Avonte 5 is a dual SIM handset that has a 2150 mAh battery, FM radio, and a 3.5mm audio jack. It runs the Android 4.4 KitKat operating system. Connectivity is taken care of with 3G HSPA+, WiFi 802.11 b/g/n, Bluetooth 4.0, and GPS. The phone features chambered stereo speakers and is gold in color. It also has read and write support for 21 regional languages, and 9 regional system languages.

So how much is the iBall Andi Avonte 5? The price has been announced as just Rs. 5,999, making this a very affordable handset. At the launch iBall Director Sandeep Parasrampuria said, “iBall Avonte5 with its 180 degree rotating camera, rich looks and superb features will surely be the best smart phone under Rs 6000 in the Indian market.”

Do you like the look of the iBall Andi Avonte 5 with its rotating camera unit? What do you think of the price of this iBall smartphone? We always appreciate your comments.