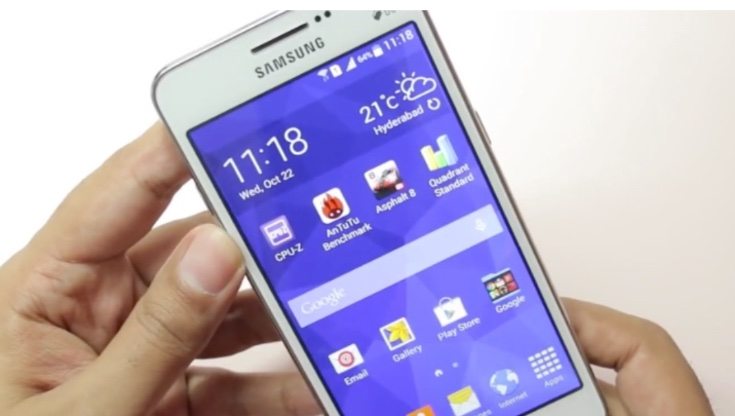 If you’re a Sprint customer who has been waiting to see if this device would become available on the carrier you’re in luck. A leaked document said to be from an internal Sprint system has come to light, and it shows that the Samsung Galaxy Grand Prime will be available on Sprint from July 10. There are only two more days to wait then, and the image also shows pricing for the handset.

The Samsung Galaxy Grand Prime price on Sprint will be $240 to buy outright. Alternatively it’s available on the carrier’s Easy Pay scheme with no downpayment and then payments of $10 monthly for 24 months. In fact Sprint has now officially announced that the phone will be available and buyers will also be able to purchase the Grand Prime for $29.99 on a two-year contract. This includes a $50 mail-in rebate.

Users of the phone on Sprint will be able to benefit from Sprint’s Spark network for high-speed 4G LTE connectivity, and the phone also supports WiFi 802.11 b/g/n with WiFi hotspot, Bluetooth 4.0, and GPS. The Galaxy Grand Prime has a 1.2GHz Snapdragon 410 quad-core processor, 5-inch display with resolution of 960 x 540, 1.5GB of RAM, and 8GB of internal storage (expandable to 128GB via microSD).

Further specs include an 8-megapixel rear camera with LED flash and 1080p video capture, 5-megapixel front-facing camera, and a 2600 mAh battery. A nice bonus for Sprint buyers of the phone is that although the phone first released running the Android 4.4.4 KitKat operating system, it will come out-of-the-box on Sprint running Android 5.1 Lollipop.

Are you a potential purchaser of this phone on Sprint? What do you think of the Samsung Galaxy Grand Prime price on this carrier? Let us know with your comments.