Samsung Galaxy Tab A Plus release arrives with little fanfare 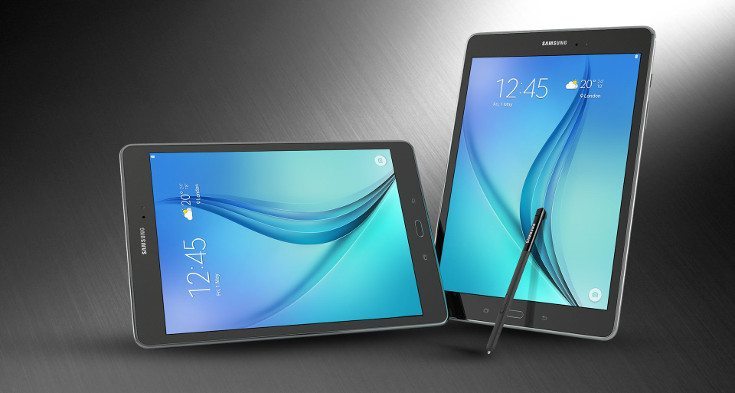 The Samsung Galaxy Tab A Plus release has been rumored to arrive for a while now, and it looks like today is the day. The 9.7-inch model with the S Pen has just shown up online, but with no official announcement or press release.

The Samsung Galaxy Tab A Plus release is now listed on Samsung’s Belgium-France website with a 9.7-inch panel and specs that fall on the mid-range side of things. Back in February we learned of the Galaxy Tab A Plus S Pen’s existence, and today’s listing lines up nicely with the previous leak. That means we’re looking at a slate with a resolution of 1,024 x 768, 2GB of RAM and 16GB of storage. Providing the horsepower is a 1.2GHz quad-core chip.

On the backside of the Samsung Galaxy Tab A Plus, you’ll find a 5MP snapper while a 2MP camera on the front will take care of all your selfies. Other features to note include Bluetooth, Wi-Fi, the usual array of sensors, a microSD card slot, and the aforementioned S Pen. The thin slate (7.5mm) will get its juice from a large 6,000mAh battery and is listed as running Android 5.0.

Do you think the Galaxy Tab A Plus S Pen edition offers a good value or is it under-powered for the price?