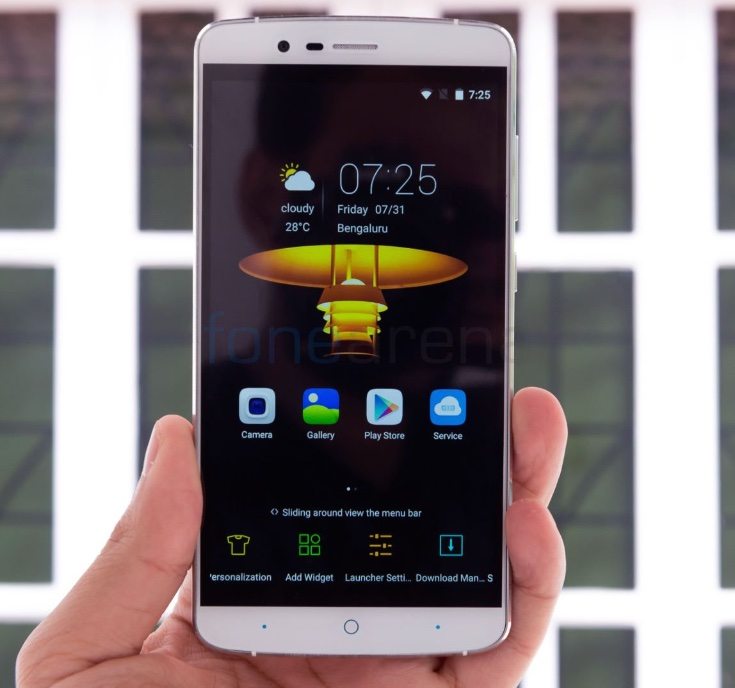 Some readers will have heard of the Elephone P8000 that arrived on the scene in May. The Chinese manufacturer has teamed up with iBerry’s Auxus in India to launch the Auxus Prime P8000. The price has now been confirmed at Snapdeal, which is the exclusive seller of the device.

The Auxus Prime P8000 will be available later this month at Snapdeal. It comes in a Matte White version with a price of Rs. 14,990 or in a Limited Gold Edition colour at Rs. 15,990. The phone is covered with a one-year warranty, and potential buyers might like to know that there are more than 350 authorized Auxus service centres across the country.

Auxus Prime P8000 specs include a 1.3GHz MediaTek MT6753 octa-core processor, Mali-T720 graphics, and a 5.5-inch display with Full HD resolution of 1920 x 1080. It has 3GB of RAM and 16GB of internal storage, expandable via microSD. Further specifications include a 13-megapixel rear camera with Samsung CMOS sensor, autofocus, and LED flash, and a 5-megapixel front-facing camera.

“We are excited to partner with Auxus for the launch of their latest offering Auxus Prime P8000 on Snapdeal. This phone with its tailor-made technology to suit Indian network conditions while retaining original features of the successful Elephone P8000 is a great addition to our product offerings. We are confident that this phone will receive a positive response from our customers, especially those residing in parts of cities & towns, which have a patchy mobile network.”

Have you already decided that you will buy the Auxus Prime P8000? It’s always interesting to hear from readers so why not let us know what you think of this launch.