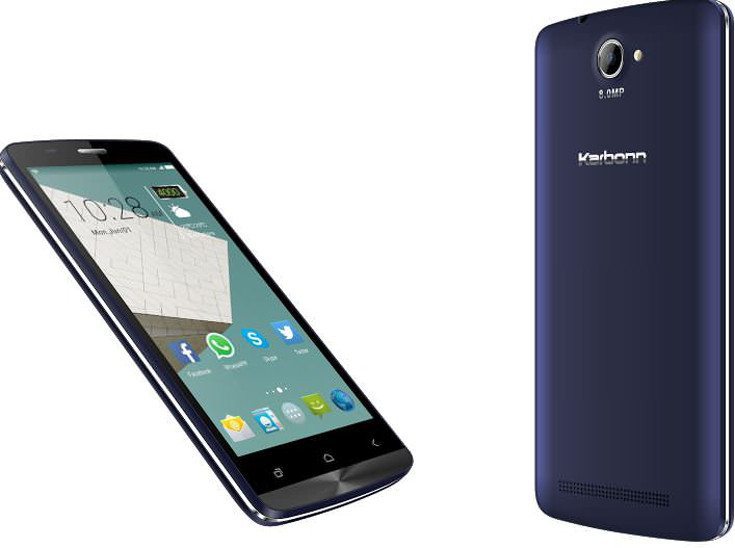 It’s been a few weeks since we took a look at a smartphone from Karbonn, but we’re back to give you the scoop on the Karbonn Aura 9 today. The device has just been announcedÂ for India, and it comes with a price tag of Rs. 6,360.

The Karbonn Aura 9 is another mid-range handset from Karbonn with a couple of features that help it stand out from the pack. One of those is support for a whopping 21 Indian languages and the other is a large 4,000mAh battery. The device also has gesture control that allows for a few cool tech tricks, but the rest of the specs and features are very Plain Jane.

A 5-inch IPS panel with a resolution of 480 x 854 kicks things off for the Karbonn Aura 9, and beneath the glass beats a quad-core chip clocked at 1.2GHz. The rest of the internals include 8GB of internals storage, 1GB of RAM, and a microSD card slot. The rear camera is an 8MP sensor while the front-facing snapper is listed at 5MP.

Connectivity options for the Karbonn Aura 9 include the usual suspects along with Wi-Fi, Bluetooth, and A-GPS, and 3G. The dual-SIM handset will get its juice from the aforementioned 4,000mAh battery and will run Android 4.4 out of the box. There has been no mention of an upgrade to Lollipop at this time, so you’ll certainly want to keep that in mind.

The Karbonn Aura 9 will roll out to e-tailers and retail shops throughout the country. The device carries a price tag of Rs. 6,390 and is available in Navy Blue or White.