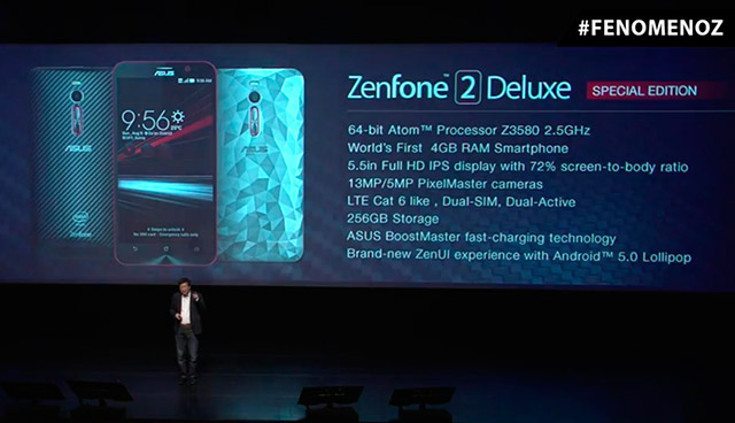 We’ve spent a lot of time lamenting over the loss of microSD card slots in flagships this year. If you long for a device with lots of storage, Asus has the answer with the upcoming Asus ZenFone 2 Deluxe Special Edition.

Asus wasn’t very imaginative when it came to naming their new smartphone, but the Asus ZenFone 2 Deluxe Special Edition lives up to the “SE” moniker when it comes to storage. The device’s main claim to fame comes in the form of internal storage capacity which is listed at 256GB — that’s not a typo. Needless to say, you won’t miss the microSD card slot anymore.

You’ll get 4GB of RAM to go along with the massive 256GB of storage on the Asus ZenFone 2 Deluxe Special Edition, which makes it the beefiest handset around. The camera combo clocks in at 13MP/5MP and all the usual connectivity options are present along with dual-SIM connectivity and 4G LTE. The Asus ZenFone 2 Deluxe SE will get its juice from a 3,000mAh battery and runs Android 5.0 out of the box.

Now for the bad news. The Asus ZenFone 2 Deluxe Special Edition was announced at an event in Brazil, so we have no idea if this variant will see a wider release. We’re also unsure of the price tag at this time, but it will be available with two new colored back plates (Red and Black) whenever it arrives.