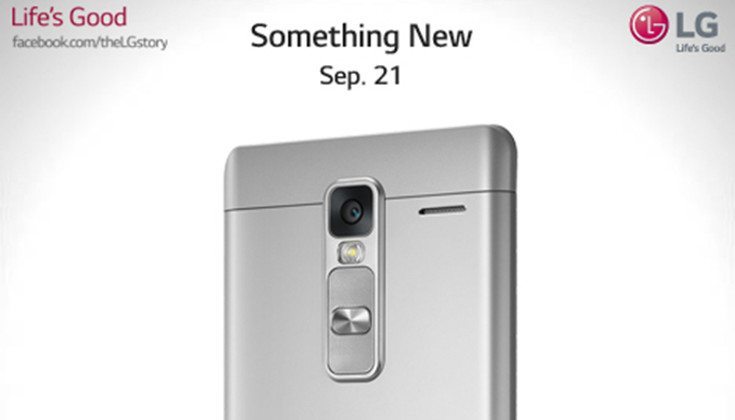 We’re going to see several big announcements next month, but LG is going to show off something next week. The device is rumored to carry the LG Class moniker, and it’s shaping up to be a mid-ranger with a large display.

LG has dropped an image of a new handset with a date of September 21st and the tagline, “Something New.” The photo shows a smartphone that looks a bit sturdier than LG’s usual svelte smartphones, which leads us to believe we’ll be seeing a metal build this time around. While they didn’t give us a name, the folks over at Nowhereelse.fr believe it will arrive as the LG Class.

The LG Class carries the model number LG-H740, and the specs reveal it’s a mid-range device. That means you’re looking at a 5.7-inch display with a resolution of 1,920 x 1,080 and 2GB of RAM. The handset will get its power from a Snapdragon 615 and the storage capacity is listed at only 8GB. A 12MP rear camera, 5MP front-facing camera, and Android 5.1.1 round things out for the LG Class.

The device in the teaser has an interesting style, but if the LG Class specs pan out, we hope it has some groovy features. September 21st is right around the corner, and we’ll be back to give you the official scoop on LG’s new handset when it’s announced.