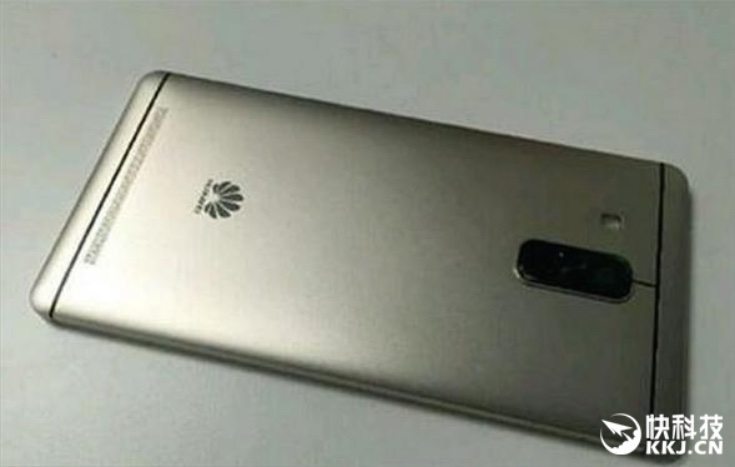 Huawei’s Mate 7 has impressed a lot of people and so we’re not surprised at the amount of interest in the upcoming Huawei Mate 8. There have already been several leaks about the phablet, although different specs are often thrown into the mix from various sources. The latest leak on the Huawei Mate 8 gives fuller details though, including some of the specs and also a prospective price.

It was back in May that we reported on a leak for the Huawei Mate 8 with some initial rumored specs. At that time we thought it was on the way in June going by a previously leaked Huawei roadmap, but obviously June has come and gone and the phone was not announced. Now the Hauwei Mate 8 release is anticipated for November or December, so there shouldn’t be too much longer to wait.

The new leak on the block gives more information about the device, and backs up the previously rumored 6-inch 1440p display. There also news on the processor as the Mate 8 is claimed to feature the new Kirin 950 chipset. This is made on the 16nm FinFET process with big.LITTLE architecture. The result is an octa-core processor with four Cortex A-72 cores at 2.4GHz and four Cortex-A53 cores at 2GHz.

This combines with ARM Mali-T880 graphics, and the device is also tipped to have an i7 coprocessor and Tensilica Hi-Fi 4 audio chip. Further unconfirmed specs from this latest leak are 3G of RAM and 32GB of internal storage or another model with 4GB of RAM with 64GB of internal storage. This new leak also gives details of preliminary pricing for the device.

We may hear more about this upcoming Huawei phone before the official unveiling, so do check back with us from time to time. Are you interested to hear more about the Huawei Mate 8 when it’s finally revealed with confirmed specs, pricing and more?