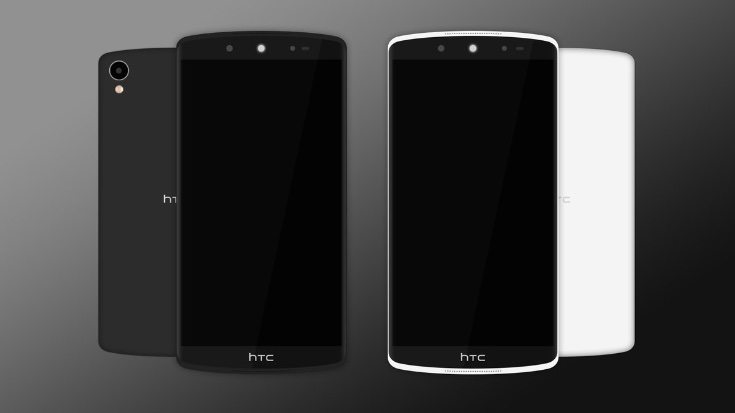 Today we’re showing an HTC Desire XI design that comes with a meticulous specs sheet. It’s a good-looking handset but steps away from many of the concept ideas that we usually share as the specs list is so detailed and there’s even suggested pricing. Its target market would be hardcore Android enthusiasts and developers in the same way as a Nexus phone.

This HTC Desire XI concept comes from designer r4yNTv over on DeviantArt who imagines December 2015 as its perfect release window. We wonder how many of our readers would have liked that to be a real possibility? The phone is described in a tagline as “the hero you deserve.” The handset is polycarbonate with scratch and drop resistant Gorilla Glass 4 and IP 67 certification for dust and water-resistance. It comes in white or black color options and has 2.5D curved cover glass.

The designer’s specs sheet is possibly the most comprehensive we’ve ever seen for a concept idea. It’s powered by a Snapdragon 618 64-bit hexa-core processor, has Adreno 510 graphics, and a 5-inch IPS display with Full HD resolution of 1920 x 1080 resulting in 440 ppi. It has 3GB of RAM, and 32GB of internal storage (expandable with microSD card).

This HTC Desire XI smartphone runs the Android 6.0 Marshmallow OS (no HTC Sense UI) and it also features include an iris scanner and fingerprint sensor. It measures 138mm x 69mm x 8.4mm. With all this the designer still imagines it to be affordably priced and suggests a price tag of $350, Â£299 or â‚¬379. The idea for keeping the cost down is to sell it exclusively online through HTC or Amazon for example.

The complete detailed specs sheet with hardware and software breakdown can be see at the source link below, and believe us it’s worth taking a look at for the sheer amount of effort put into it. The designer has even given details for how this HTC Desire XI should be marketed, along with some HTC One M10 specs suggestions and tips.

We’re intrigued to hear your thoughts on this HTC Desire XI design idea. Would you like to see HTC produce something like this? If it were available right now would you buy it?