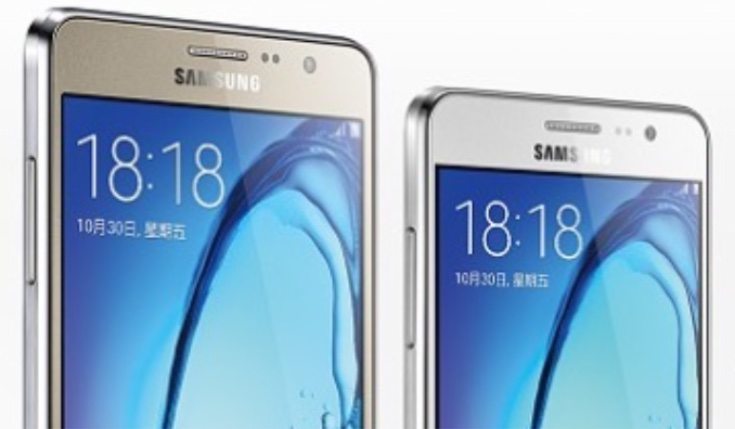 There has been a lot of confusion over the names of what were originally rumored to be a new series of Samsung Galaxy O phones. These have been variously referred to as the Galaxy O5 and O7, or Galaxy Grand On and Mega On respectively. They were finally officially revealed in China as the Samsung Galaxy On5 and On7, and now the new Samsung Galaxy On phones India launch date has been teased.

When these phones were made official a week ago, we heard they would be available in China soon. It also looked extremely likely that they would also be heading to further markets, and there are likely to be plenty of buyers in India waiting for these new Samsung mid-range handsets. Now Samsung is preparing for the launch of the phones in India and there are only two more days to wait.

Samsung Mobile India has issued an official teaser on Twitter with text that reads, “Get ready for an exhilarating music experience coming ON November 3.” While the tweet doesn’t specifically mention the Samsung Galaxy On5 and Galaxy On7, it’s pretty clear through the stress of the word ‘ON’ that the launch is for these phones. The teaser also ties in with the fact that the Samsung Galaxy On phones in China launched the music streaming service Milk Music. It this service is also pre-installed on the phones for India it would rival the likes of Rdio, Apple Music, Saavn and others in the market.

Samsung Galaxy On5 specs for China include an Exynos 3475 quad-core processor, 5-inch Super AMOLED HD display, and 1.5GB of RAM. It has 8GB of internal storage (expandable via microSD), an 8-megapixel rear camera, 5-megapixel front-facing shooter, and a 2600 mAh battery. The Samsung Galaxy On7 has a 5.5-inch display and steps up to a 3000 mAh battery and 13-megapixel rear camera, but other specs are largely the same. Both run the Android 5.1.1 Lollipop OS.

Fortunately we only have to wait for Tuesday until we should hear confirmed details of the price of the Samsung Galaxy On5 and Galaxy On7 in India. At the launch we should also hear an availability date, and you can be sure we’ll give you all the information as we hear it.

Have you been waiting for news on the launch of the new Samsung Galaxy On phones for India? Are you more interested in the Galaxy On5 or Galaxy On7? It’s always good to hear from readers so why not let us know.