One A9 variant HTC One A9w shows up in certification 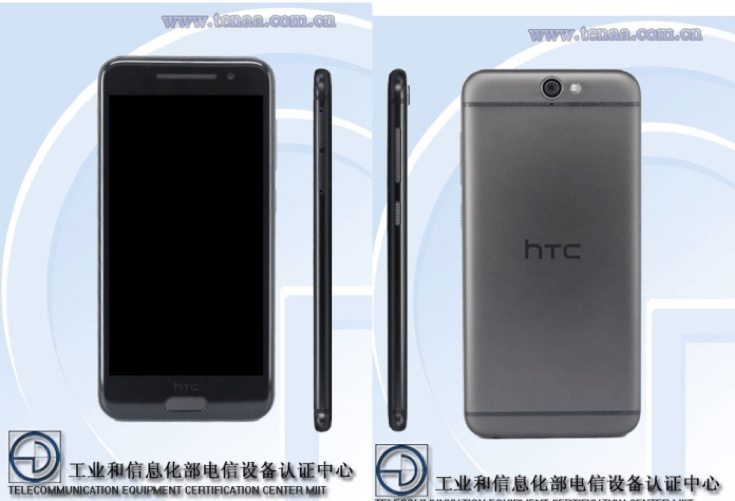 Now here’s a puzzler for a slow Sunday. Despite the fact that the HTC One A9 was not quite the smartphone we’d hoped for, there has nevertheless been plenty of interest in it. The phone is just about to release to various markets worldwide, and now a One A9 variant called the HTC One A9w has shown up in certification.

The HTC One A9 is certainly gathering a massive amount of attention right now, although yesterday it was reported that some buyers will have to wait longer than others. This referred specifically to those in the US. Even before most of us get to grips with the One A9, the HTC One A9w has now turned up at Chinese regulatory agency TENAA for certification.

The mystery here is how it’s different to the One A9, as so far only one very minor difference has come to light. For example, the HTC One A9w in the TENAA listing has the same 5-inch AMOLED display with Full HD resolution. It’s also shown as having a 1.5GHz octa-core processor. While the specific chipset isn’t given, this does tie in with the same Snapdragon 617 SoC of the One A9, which sports Adreno 405 graphics.

Camera specifications of the One A9w remain the same as for the One A9. This consists of a 13-megapixel rear camera with optical image stabilization and a 4-megapixel UltraPixel front-facing camera. The One A9w also has 4G LTE connectivity, the same once again as for the One A9, and it runs Android 6.0 Marshmallow. The colors are said to be iron black, garnet, gold, charcoal gray, and silver, and the One A9w measures 145.75mm x 70.8mm x 7.26mm and weighs 143g. Connectivity is covered with Bluetooth, USB, GSM, TD-SCDMA, TD-LTE, LTE FDD, WCDMA, GPS, and WLAN.

It shouldn’t be too much longer until we find out more about the HTC One A9w now that it has reached the certification stages. However, we have to wonder what HTC is keeping hidden about the One A9w variant that would make it significantly different. Of course it might be that the only difference really is the amount of expandable storage, in which case we have to wonder why HTC is bothering with it.

What do you think about this HTC One A9w spot? Do you have your own ideas of how it might vary from the standard HTC One A9?