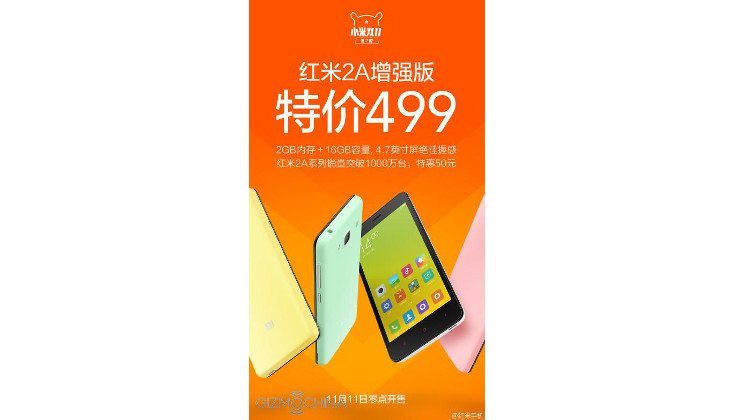 The Xiaomi Redmi 2A is a device we haven’t touched on in a while, but a newer version of the handset has just received a significant price cut. The Enhanced Xiaomi Redmi 2A is set to go on sale in a few days, and it will only set you back $78.

The Enhanced Xiaomi Redmi 2A has the same specs as the regular model aside from two areas. That means you’ll get a 4.7-inch 720p display, a quad-core 1.5GHz chip, and an 8MP/2MP camera combo. It supports dual-SIM and has 4G LTE connectivity along with a 2,200mAh battery. The upgraded components that set the Enhanced Xiaomi Redmi 2A apart from the regular version are the RAM and storage as you’ll get 2GB of RAM and 16GB of space compared to the 1GB/8GB combo found on normal edition.