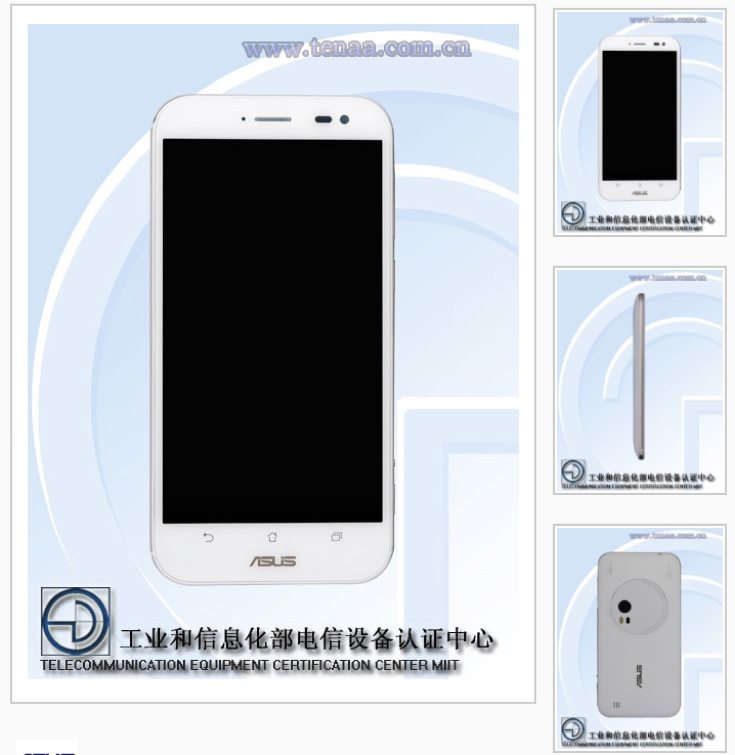 The Asus Zenfone Zoom was unveiled earlier this year and is finally set for an official launch at an Asus event on December 1. Those who have been waiting eagerly for this camera-centric smartphone to release have had quite a wait. Now even before it has hit the shelves, an Asus Zenfone Zoom new variant (Z00XSB) has shown up on TENAA with some details of specs.

A phone dubbed the Asus_Z00XSB has appeared at TENAA for certification purposes, and has similar specs and styling to the Asus Zenfone Zoom (ZX550) that we already know is on the way. Specifications shown on the listing include a 2.3GHz quad-core processor, 5.5-inch IPS display with Full HD resolution of 1920 x 1080, 4GB of RAM, and 64GB of internal storage (expandable with microSD).

The Asus_Z00XSB at TENAA was running the Android 5.0 Lollipop system although that could be updated by the time it releases. To all intents and purposes the Asus_Z00XSB looks the same as the Asus Zenfone Zoom ZX550, and the specs we know of so far also line up.

It will be interesting to hear clarification on exactly what this variant offers that is different to the Zenfone Zoom. It’s worth pointing out that the already announced Zenfone Zoom’s 13-megapixel rear camera includes laser autofocus, 3x optical zoom, and optical image stabilization.

Are you waiting for the Asus Zenfone Zoom to release? What are your thoughts on this new variant of it that has been spotted at TENAA? Let us know by sending in your comments.