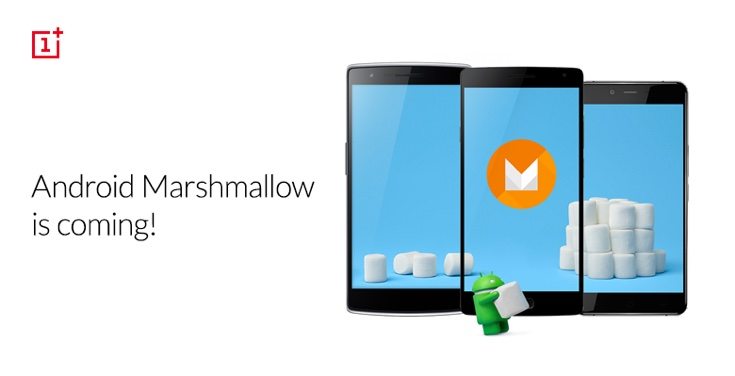 OnePlus acknowledges that some of its device users want to know about the Android M update and has now made a statement about this. No specific dates have been given but the company has attempted to at least give some answers to questions being asked. That’s quite a refreshing approach when compared with some smartphone manufacturers.

If you have the OnePlus One the advice is that the Cyanogen OS Android Marshmallow upgrade will be rolling out in Q1, 2016. It’s pointed out that the community build of the OxygenOS for the OnePlus One will also be updated at some point, although that is not what the device ships with.

Those with the OnePlus 2 are informed that the Marshmallow update will also be pushed out to their device in Q1 next year. As well as this, OnePlus says that the new standard Marshmallow API for the fingerprint sensor will be included with the upgrade. Because of this the company has decided against an API for the current implementation in Oxygen OS.

There’s less news for owners of the latest of the company’s devices though. If you have the OnePlus X the company says that it’s working to bring Marshmallow to the device as quickly as possible and will give more news on this later.

It’s good to hear that both the OnePlus One and OnePlus 2 are scheduled for the Android Marshmallow update in Q1, 2016. However, this could be anywhere between January and March so it could still be several months away. Still we applaud OnePlus for endeavouring to give its customers some news.

Do you have the OnePlus One, OnePlus 2 or OnePlus X? Were you hoping for the OnePlus Android Marshmallow update sooner than this, or are you just pleased to hear the company has issued some details? Drop us your comments in the box below.