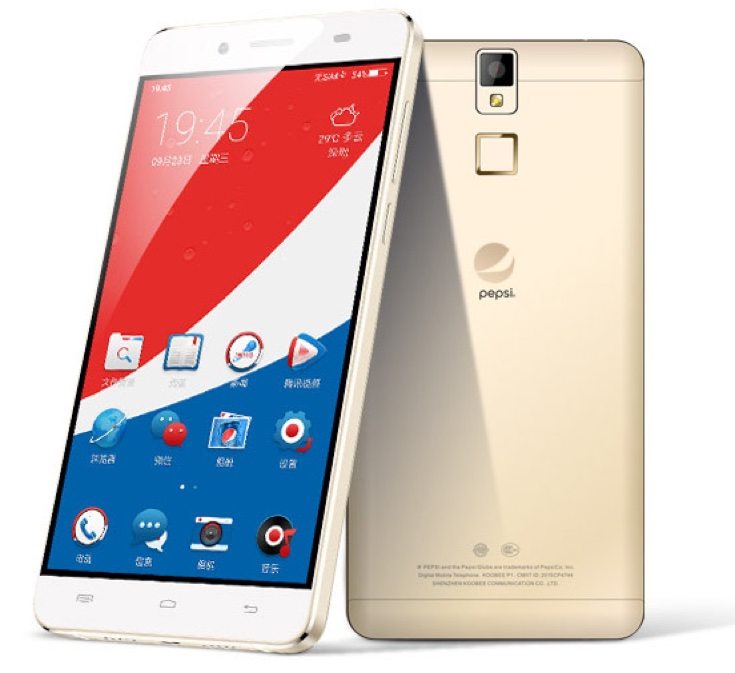 Regular readers of Phones Review may remember our October report on a Pepsi smartphone. Now the Pepsi Phone P1 /P1s has been made official through a crowdfunding campaign on JD.com in China. It has a very affordable price tag and decent enough specs for the money, and of course it bears Pepsi branding.

It will run dido OS 6.1 based on the Android 5.1 operating system. The Pepsi Phone P1 /P1s is a dual SIM phone (second nano SIM slot as microSD) and has an aluminum unibody build. The phone has a fingerprint sensor on the rear and features a 2.5D curved glass display. It’s being made by Shenzhen Scooby Communication Equipment and measures 152.2mm x 76.2mm x 7.7mm, weighing in at 158g. It’s offered in blue, gold or silver color options.

Incidentally Fone Arena points to the regular version of the phone being called the Pepsi Phone P1 while the variant with FDD-LTE support for China Unicom is dubbed the P1s. What are your first impressions of the Pepsi Phone P1 /P1s?