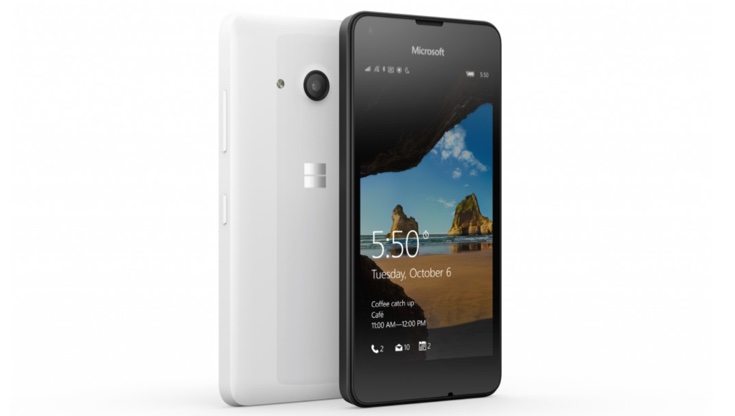 The Lumia 550 smartphone was made official in October. At that time Microsoft said it would become available for some markets in December, but didn’t specify a release date. It’s good to be able to say that the Microsoft Lumia 550 release is official, and it’s available right now beginning in Europe. Available for further global markets will follow in the coming weeks.

The company has announced the 4G LTE Microsoft Lumia 550 release today, with suggested pricing at $139 before local taxes and subsidies. The price will therefore vary according to region, for example Carphone Warehouse in the UK has had pre-orders available for the Lumia 550 priced at Â£89.99 outright or with various monthly plan options.

The Microsoft Lumia 550 is the first budget handset from the company to release running Windows 10 Mobile, although the high-end Lumia 950 and 950 XL also recently released with this OS version. Features offered with the Windows 10 experience and the Lumia 550 include Microsoft apps and services such as Microsoft Office, OneDrive, Cortana, Outlook Mail, Glance Screen, Microsoft Edge, and more. Some feature availability varies according to market.

The phone is available in two color choices, matte black or glossy white, and it has fairly basic specs as you’d expect from its price. It’s powered by a 1.1GHz Snapdragon 210 quad-core processor, and has a 4.7-inch display with HD resolution of 1280 x 720. There’s 1GB of RAM, 8GB of internal storage (expandable to 200GB via microSD), and a removable 2100 mAh battery.

Further specifications include a 5-megapixel rear camera with flash, and a 2-megapixel front-facing snapper. The handset measures 136.1mm x 67.8mm x 9.9mm and weighs in at 141.9g. You can check out more about the phone including comparisons with some other handsets in our previous Lumia 550 articles. You might also like to watch the introductory Microsoft video below this article.

Are you pleased to hear of the official Microsoft Lumia 550 release? Maybe you have set your sights on buying this new affordable Lumia smartphone?