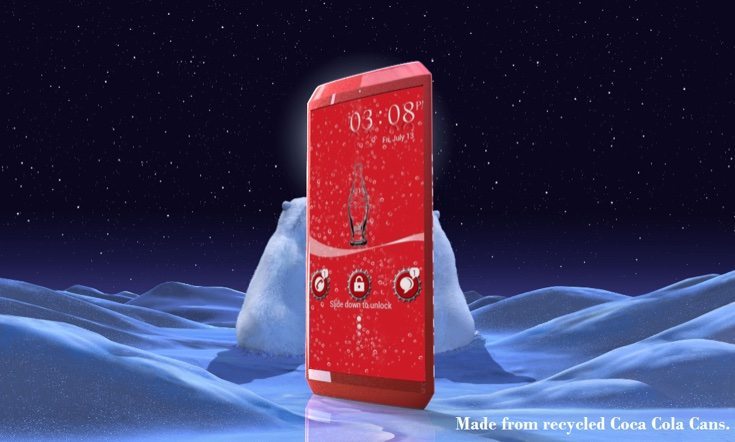 Those who follow smartphone news may have heard of the Pepsi Phone that was recently made official and enabled by a crowdfunding campaign. It would be natural therefore to have a challenger in the form of a Coca Cola phone to counter the Pepsi version. Now it’s possible to imagine what that might look like with this Coco Cola smartphone design.

You can see the Pepsi smartphone in our previous article on it, and as you can see it’s a pretty average looking handset but featuring a Pepsi logo and Pepsi wallpaper. The Coca Cola phone that you can see here is a different kettle of fish altogether, as it almost looks as though it’s a flattened version that has dropped out of a vending machine.

We’ll point out that this vision doesn’t come from Coca Cola but is a concept from designer Jonathan Gustafsson, so you’re not going to be able to buy one any time soon. However, it’s great to get an idea of how a Coca Cola phone could look. This idea really takes it to the max with the whole rear of the phone looking like a can of drink in that familiar vivid red color. 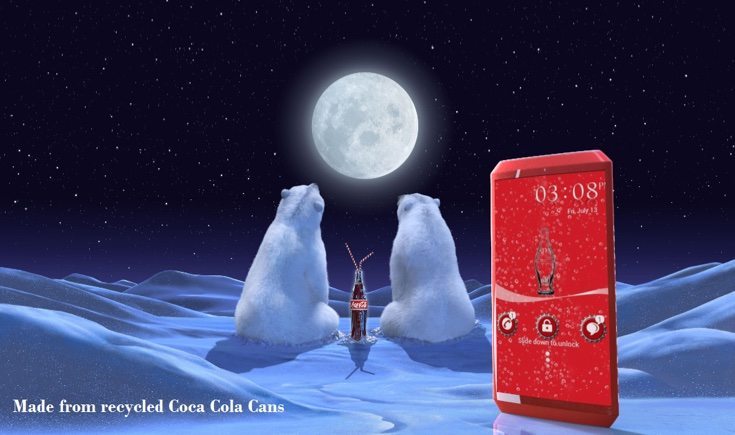 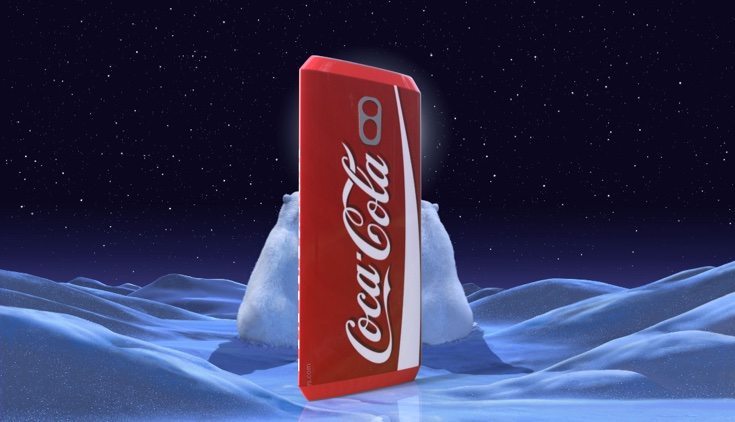 The designer even imagines the phone to have been made out of recycled Coca Cola cans, and has given it a curved display although the handset has an overall angular appearance. A really clever touch is the metal key/ring pull on the reverse for the camera area. On the front the user interface is in red and features a fizzy bubble effect. Also shown on the UI is a Coke bottle.

We particularly enjoyed the images showing this phone concept in a Coca Cola-style ad complete with polar bears. We’ve shown a few of the designer’s pictures here and you can see more at the source below. This Coca Cola phone will have a certain appeal, especially to fans of the fizzy beverage. While it might not be altogether practical that’s not a problem, as it’s merely a concept design… unless of course Coca Cola runs with the idea!

Do you think the company should come up with a real deal Coca Cola Phone? If so would you like it to look anything like the one shown here?