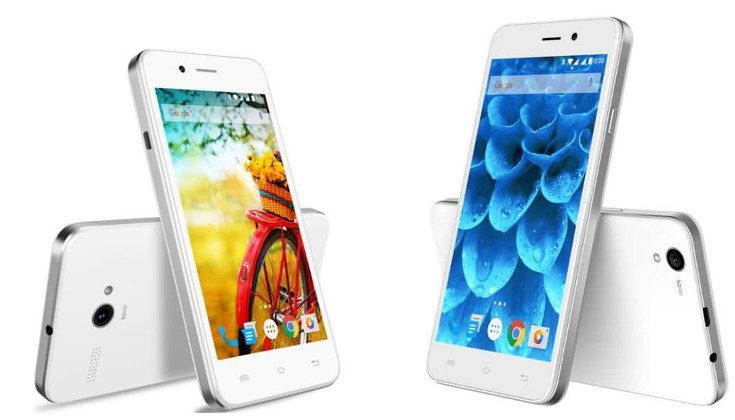 Lava has been on a roll lately, and they have announced not one, but two new handsets for India this week. The Lava Iris Atom 3 and Lava Iris Atom are the names of the new smartphones, and while they won’t break the bank, you probably won’t be thrilled with the specs.

First up is the smaller handset of the two, the Lava Iris Atom. It features a 4-inch panel with a resolution of 800 x 480 and is powered by a quad-core chip clocked at 1.3GHz. The storage is listed at 8GB while the memory is a rather meager 512MB. A 5MP rear camera, 2MP front-facing camera, 1,500mAh battery and the usual array of sensors round thing out for the Lava Iris Atom.

As for the Lava Iris Atom 3… things basically stay the same. The processor, RAM and storage are identical to the smaller version as is the 5MP rear camera. That said, you will get a larger 5-inch 800 x 480 display and the selfie-snapper is a bit more solid at 2MP. Both handsets run Android 5.1 and will have Bluetooth, Wi-Fi, Dual SIM and 3G, but the Lava Iris Atom 3 will get its juice from a 2,000mAh battery.