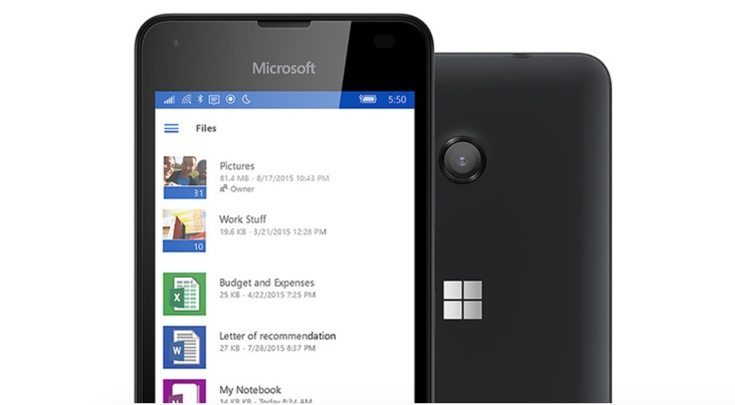 If you’re in the market for an affordable smartphone running Windows 10 Mobile then you may be interested in this next item of news. When the Microsoft Lumia 950 and 950 XL high-end handsets were announced last year, the company also introduced the low-end Microsoft Lumia 550. Now we have news of the Lumia 550 US release, and it’s finally available at the Microsoft Store US.

The Microsoft Lumia 550 officially released in early December and is already on sale in markets including the UK and India. There are likely to be plenty of interested buyers for this device in the US, and you don’t have to wait any longer. The Microsoft Store US now has the Lumia 550 at an unlocked price of $139 with free shipping. That makes it a very competitively priced 4G LTE smartphone and worth considering if you don’t want to splash out too much cash.

For the money you’ll get a handset powered by a 1.1GHz Snapdragon 210 quad-core processor, a 4.7-inch display with HD resolution of 1280 x 720, and 1GB of RAM. The Microsoft Lumia 550 has 8GB of internal storage that’s expandable via microSD to 200GB, and juice is supplied by a removable 2100 mAh battery. It totes a 5-megapixel rear camera with autofocus and LED flash, and a 2-megapixel front-facing snapper.

As we said at the top, the Lumia 550 runs the Windows 10 Mobile operating system. The handset measures 136.1mm x 67.8mm x 9.9mm and weighs 141.9g, and while it might not offer all the bells and whistles of the Lumia 950 and 950 XL, it will suit plenty of pockets. Head to the Microsoft source below if you want to order the device. Alternatively if you want to find out more about the phone you could check out our other articles on the device. These include specs comparisons with other handsets and more.

Are you pleased to hear of Microsoft Lumia 550 US availability? We always enjoy hearing from readers so why not send us a comment.