Gionee Marathon M5 Lite priced and on sale in India 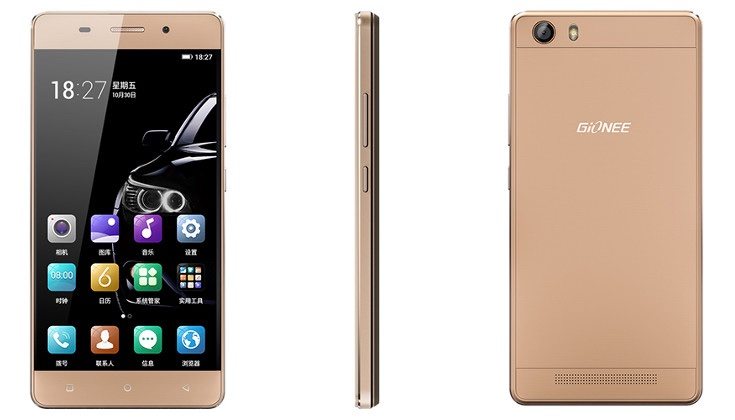 Gionee produces a steady stream of new devices and the Marathon M5 Lite showed up in China in December. Now availability has spread to India and this variant of the Marathon M5 has a sizeable 4000 mAh battery and affordable pricing. The Gionee Marathon M5 Lite is now priced and on sale in India, and all the details you need are right ahead.

The regular Marathon M5 launched in India at Rs. 17,999. The Gionee Marathon M5 Lite has now reached offline availability in India and is priced at Rs. 12,999. That could make it a good rival for the Lenovo K4 Note that was recently announced. Specs have been scaled down from the regular Marathon M5, but the M5 Lite still brings plenty to the table for the money.

Specs of the Gionee Marathon M5 Lite consist of 1.3GHz MediaTek MT6735 quad-core processor, a 5-inch IPS display with HD resolution of 1280 x 720, 3GB of RAM, and 32GB of internal storage (expandable via microSD to 128GB). Interestingly the M5 Lite version for China only has 1GB of RAM and 16GB of internal memory. The rear camera is an 8-megapixel variety with autofocus and LED camera, and there’s a 5-megapixel front-facing snapper.

We’re interested to hear what readers think about this new arrival for the Indian market and its price? Are you considering making the Gionee Marathon M5 Lite your next smartphone purchase? Please do send a comment and let us know.