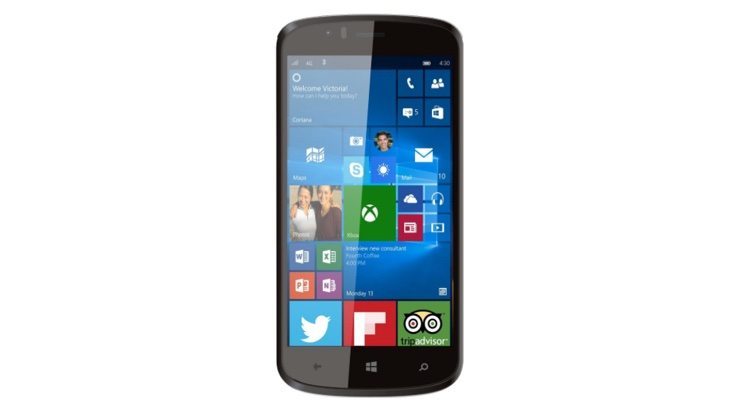 Although the iOS and Android operating systems are dominant, a growing number of people are enjoying smartphones using the Windows platform. If you’re looking for an affordable smartphone running Windows 10 Mobile, perhaps the most obvious choice is the Microsoft Lumia 550. If you want an alternative though, you might be interested in the Bush Eluma Windows 10 budget phone that is now on sale in the UK at Argos.

The Microsoft Lumia 550 launched running the latest Windows 10 Mobile operating system version, along with the high-end Lumia 950 and 950 XL. There’s not an expansive choice of Windows 10 phones around yet and it’s always good to have further options, and that’s where the Bush Eluma might appeal to some.

The Bush Eluma is an affordable 4G LTE handset running Windows 10. It has a quad-core processor (chipset not detailed but likely a Snapdragon 210), and a 5-inch IPS display with HD resolution of 1280 x 720. RAM is not specified though thought to be 1GB, while it has 16GB of internal storage that’s expandable with a microSD card to 128GB.

Further Bush Eluma specs include an 8-megapixel rear camera with autofocus and a 5-megapixel front-facing snapper, and while the battery capacity is unconfirmed it’s claimed to offer up to 480 minutes of talk time or 160 hours on standby. Unusually for the UK this is a dual SIM handset, and of course it also has that 4G LTE connectivity that we mentioned previously as well as 3G, 2G, WiFi and Bluetooth.

The handset measures 142mm x 72mm x 8.2mm and weighs 152g. It comes in a black colour. The SIM-free Bush Eluma price at Argos is Â£79.95 and there are also some special offers available at the moment on items such as SIM cards and microSD cards. Could you be tempted to buy this affordable 4G LTE Windows 10 smartphone? Why not drop us a comment using the box provided below.