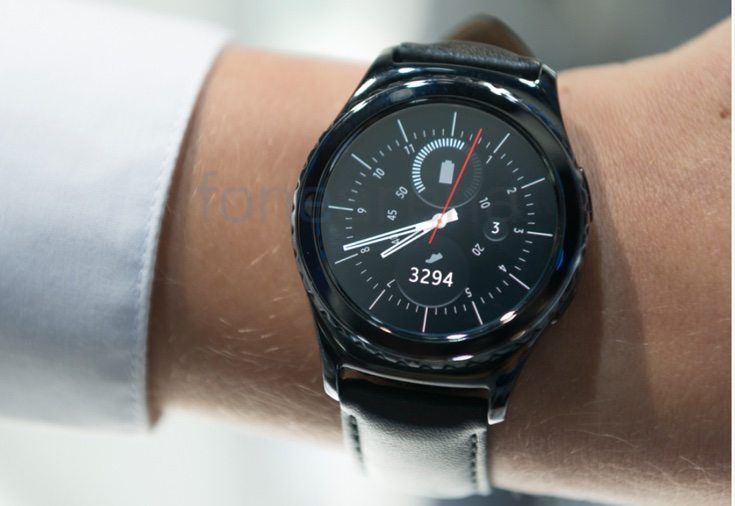 We’ll head straight into the pricing of these smartwatches. The Samsung Gear S2 price has been announced as Rs. 24,300. This one is offered in a Dark Grey color and Silver case with a silicone band. Meanwhile the Samsung Gear S2 Classic price in India is Rs. 25,800 and it comes with a leather band and Black case. Other band options for both models will be sold separately.

Both smartwatches are to be sold exclusively online by Flipkart or will be available from Samsung retail outlets. At CES 2016 Rose Gold 18K and Titanium alternatives were also introduced, and Samsung says these will also be launched in India by the end of next month.

Specs of the Samsung Gear S2 and Gear S2 Classic consist of a 1GHz Exynos 3250 dual-core processor, and a 1.2-inch Super AMOLED display (circular) with resolution of 360 x 360 resulting in 302 ppi. The smartwatch has 512MB of RAM, 4GB of internal storage, and has a 250mAh battery featuring wireless charging. Connectivity includes WiFi 802.11 b/g/n, Bluetooth 4.1, and NFC.

The device has a range of sensors including Accelerometer, Ambient Light, Barometer, Gyroscope, and Heart Rate, and is dust and water-resistant to IP67 certification standards. The Samsung Gear S2 and Gear S2 Classic run the Tizen-based platform for wearables. They feature a rotating bezel, and also have Home and Back buttons for convenient access to notifications and apps.

Have you been anticipating the launch of the Gear S2 and Gear S2 Classic in India? What are your thoughts on the Samsung Gear S2 price? Do let us know with your comments, as we’re always interested to hear from our readers.