Samsung Galaxy A9 Pro claimed to be in the pipeline 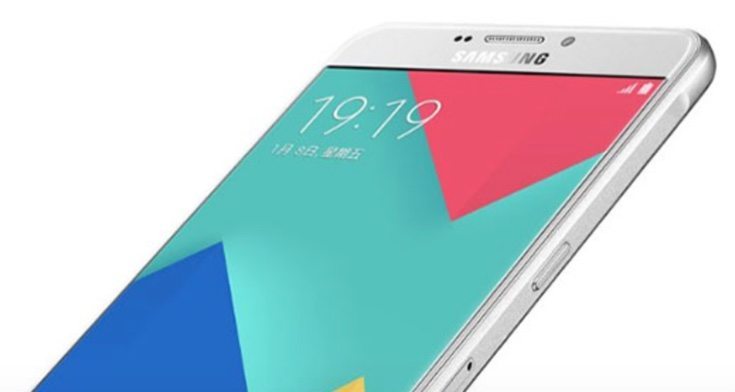 The next-gen Samsung Galaxy A9 (2016) was recently introduced in the company’s Galaxy A series, along with a new Galaxy A7, A5, and A3. The A9 is the biggest of them all and is an appealing phone with some great specs for a non-flagship handset. Now it appears that Samsung is set to go one better, as a Samsung Galaxy A9 Pro is claimed to be in the pipeline.

SamMobile reports that a Pro version of the Galaxy A9 is on the way and that the firmware for the phone is already in development. The Galaxy A9 Pro name doesn’t appear to be set in stone yet, but whatever it’s called it’s said to have model number SM-A9100, as opposed to the SM-A9000 model number for the regular Galaxy A9.

The Samsung Galaxy A9 Pro (A9100) is reportedly heading for the Chinese market, although there’s no news on whether it will be heading elsewhere. At this stage there’s not much other information available and no specs have been leaked. Therefore we can only speculate at how the Pro edition will improve upon the standard version.

The Samsung Galaxy A9 (2016) has a 6-inch Full HD display, powered by a Snapdragon 652 octa-core processor. It has 3GB of RAM, 32GB of internal storage (expandable), a 13-megapixel rear camera and 8-megapixel front-facing unit. Rounding things off is a notably sized 4000 mAh battery, and it launched with the Android 5.1.1 Lollipop operating system with a planned future upgrade to Android 6.0 Marshmallow.

It’s possible that the leaked Samsung Galaxy A9 Pro could have a higher resolution display, more RAM or internal storage, or perhaps an improved camera set-up, but at this stage it’s a case of wait and see. We’re likely to hear about this upcoming addition to the Galaxy A series soon, but in the meantime we’d like to hear your ideas for what a Samsung Galaxy A Pro version could bring to the table? Drop us a comment in the box below