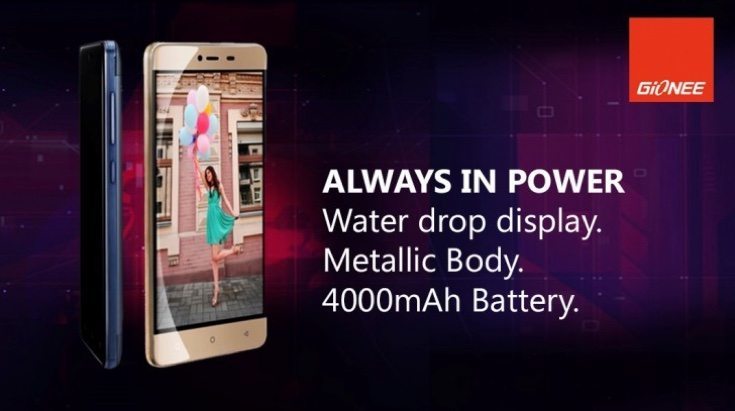 We’re seeing plenty of smartphone choice from Gionee and the Marathon M5 released last year. It has since been followed by several variants including the Marathon M5 Lite that recently arrived for sale in India. Now we have news of another iteration, as the company has just announced the Gionee Marathon M5 Mini. We’ve got the gen straight ahead.

Starting with those all-important specifications we can tell you that the Gionee Marathon M5 mini is equipped with a 1.3GHz MediaTek MT6580 quad-core processor, and has a 5-inch IPS HD display with 1280 x 720 resolution. This time around there’s 2GB of RAM and 16GB of internal storage that can be expanded via microSD to 128GB. The M5 mini is juiced by a sizeable 4000 mAh battery, and runs the Android 5.1 Lollipop operating system skinned with Gionee’s Amigo UI 3.1.

Further Gionee Marathon M5 mini specs include an 8-megapixel rear camera and 5-megapixel front-facing snapper. The phone supports 3G, WiFi, Bluetooth, and GPS, and measures 143.5mm x 71mm x 9.6mm. It has a metal build and many of the specifications are the same as for the Marathon M5 Lite. However, the Marathon M5 Mini has less RAM and internal storage.

The company hasn’t announced the price of this mini version of the Marathon M5 yet but refers to its release in Nigeria. It’s not clear whether it will also launch for other markets. Somoye Habeeb, Gionee Nigeria Marketing Director, said of the launch,

Having received a warm reception from the Nigerian market when we introduced the Gionee M5 a few months ago, Gionee is following up with the M5 Mini. The Gionee M5 Mini as the name implies, is a compact version of the M5. It is just as effective and stylish, but more affordable. It can be considered a sequel to the highly durable M5, and is the latest phone to be released in Nigeria.

Do you think there’s a place in the market for the newly introduced Gionee Marathon M5 mini?