Bluboo Xfire 2 has a value for money price 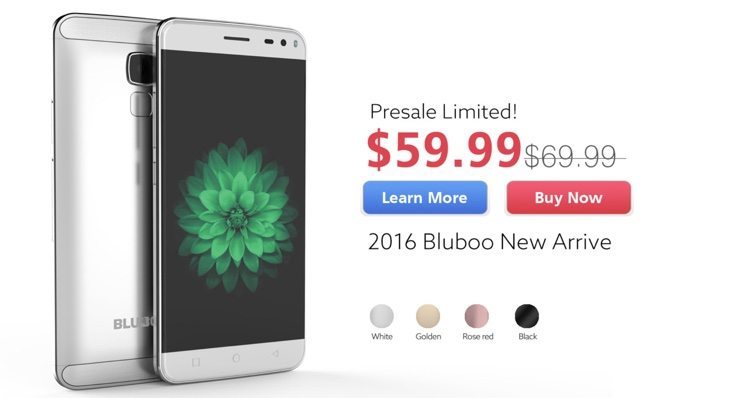 Bluboo is a smartphone manufacturer that’s not so well known outside China as some of the big brands. However, the company does sell its devices in many global regions, and some Chinese manufacturers are producing handsets with budget prices and decent enough specs for the money. One example is the Bluboo Xfire 2 that has a value for money price and plenty to offer so might be worth considering.

There are many budget Android smartphones to choose from but some may be even cheaper than you think. The Bluboo Xfire 2 has just been announced and has a pre-sale offer price of just US $59.99. That’s what you call a bargain especially considering it has a metal unibody build with 2.5D glass and even a rear fingerprint sensor in the mix.

Bluboo Xfire 2 specs include a 1.3GHz MTK6580 quad-core processor, Mali 400 graphics, and a 5-inch display with HD resolution of 1280 x 720. It has 1GB of RAM, 8GB of internal storage (expandable via microSD to 32GB), and a 2150 mAh battery. It carries a 5-megapixel rear camera with autofocus and LED flash, and a 2-megapixel front-facing snapper that also comes with LED flash. The phone runs the Android 5.1 Lollipop operating system.

Although the specs are nothing to get carried away with (one drawback is the lack of 4G LTE), for the price you’ll pay you’re definitely getting bang for your buck. In a limited pre-sale the price is $59.99 and after that time the price will still be extremely affordable at $69.99. A dual SIM version is for sale on Geekbuying for $79.99 or on GearBest for $73.86, with shipping expected to start in February.

Are you amazed at what you can now get for your money in the way of budget smartphones? Maybe you’re a prospective buyer of the Bluboo Xfire 2? Let us know by sending in your comments.