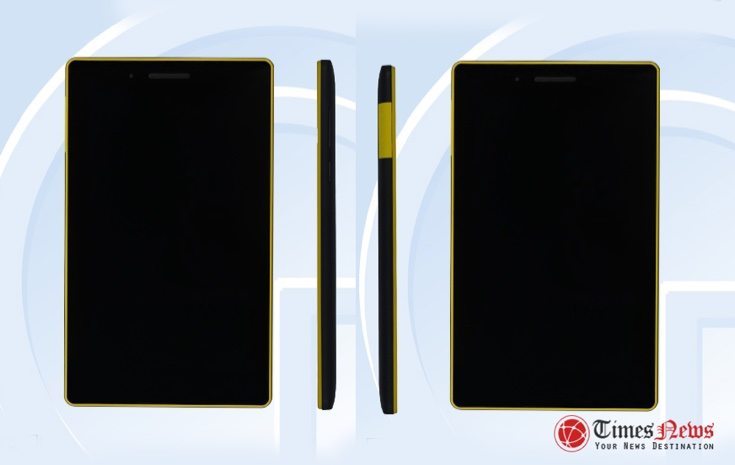 An upcoming Lenovo tablet has just made an appearance at Chinese regulatory authority TENAA, a sure sign that we’re likely to hear an official introduction before too much longer. The Lenovo Tab 3 7 Basic has model number TB3-710I and as you might expect from its title it has a 7-inch display.

Once again we have managed to gather some specs for a new device from TENAA documentation. Although the filing lists the tablet simply as the Lenovo TB3-710I, it’s reported that the title on release will be the Lenovo Tab 3 7 Basic. Now only does the TENAA appearance provide us with some specifications, but it also shows some images of what will be a budget slate.

From the specs we can see this is an entry-level tablet. It’s equipped with a 1.3GHz quad-core processor, a 7-inch display with resolution of 1024 x 600, and has 1GB of RAM. There’s 8GB of internal storage (expandable to 64GB with microSD), and keeping the juice flowing is a 3450 mAh battery, which is not bad at all considering the other specs.

It’s reported that the Lenovo TB3-710I was previously granted FCC certification, so a launch could now be imminent. This could take place at MWC 2016 later this month but that’s unconfirmed at this stage. We’ll be bringing all the news from MWC in Barcelona so do check back with us from time to time.

If you have been considering purchasing a new budget tablet, is the Lenovo Tab 3 7 Basic a device that might tempt you?