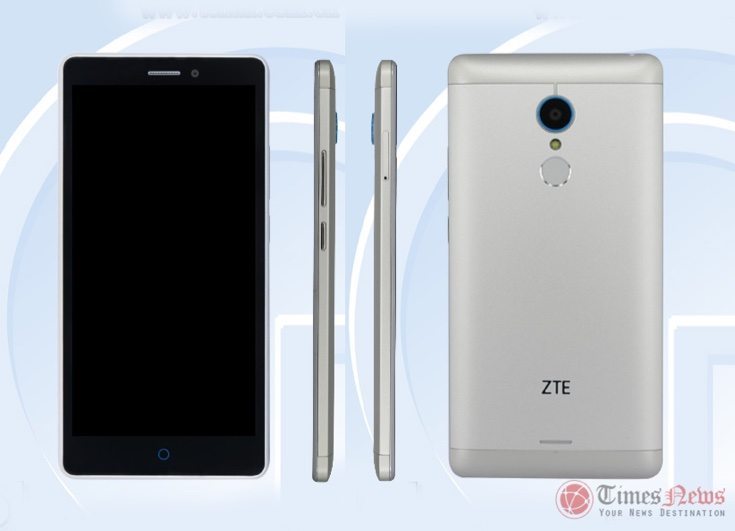 We often get our first sightings of new upcoming smartphones when they go through various certification proceedings. Now the ZTE N937St has shown up at TENAA, and this gives us plenty of specs information about the smartphone as well as some images. As the phone has now received certification we imagine it will be officially launched soon.

From the TENAA listing it appears the ZTE N937St will be a mid-range phablet. Specifications uncovered by the filing include a 1.5GHz octa-core processor, and a 5.5-inch display with HD resolution (1280 x 720). It has 2GB of RAM and 16GB of internal storage, expandable via microSD to 64GB. The smartphone has an 8-megapixel rear camera with CMOS sensor, and up front there’s a 5-megapixel snapper for selfie fans.

Connectivity options for the ZTE N937St include 4G LTE, 3G, 2G, Bluetooth, GPS, and USB. Unfortunately the documentation doesn’t give us the battery capacity, but it does tell us the device is running the Android 5.1 Lollipop operating system. The images show that no Nubia logo is apparent on the reverse, so we know that the handset is in another series from ZTE.

The ZTE N937St also features a fingerprint sensor on the reverse of the phone. Measurements are given of 155.3mm x 77.2mm x 8.45mm and it weighs 159g. It’s shown in the images in a silver color. As we said at the top, because this handset has now appeared at TENAA we can expect an official announcement before too much longer.

Stay tuned and we’ll give you further details as we get them. Do you have any interest in this upcoming mid-tier phablet from ZTE?