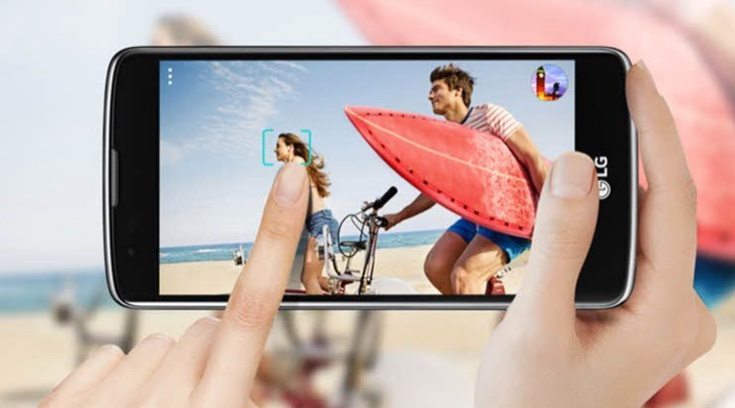 Back in January LG introduced its K series of smartphones with the debuts of the LG K7 and LG K10. We soon learned there would be further handsets in the line including the LG K8, K5, and K4, and now the LG K8 is officially listed for some markets. Read on for specs and more.

LG has not made a big fanfare about the K8 just yet, but has put up product pages for the LG K8 in some markets, one of which is Hungary. The listings don’t give a price for the device just yet, but do give us the specifications. It’s possible that the company will announce pricing and news on availability at MWC 2016 next week. We say this because we already know we will be seeing the wraps taken off other devices from the company including the flagship LG G5, LG X cam and X screen, and LG Stylus 2.

Specs of the LG K8 revealed by the company listing are a 1.3GHz Mediatek MT6735 quad-core processor and Mali-T720 graphics. It has a 5-inch In-cell Touch IPS display with HD resolution of 1280 x 720 featuring 2.5D glass. There’s 1.5GB of RAM, 8GB of internal storage (expandable with microSD card), an 8-megapixel rear camera with LED flash, and a 5-megapixel camera up front.

Once we hear more on pricing and availability for other markets we’ll be back with the details. Does the LG K8 sound like a smartphone that you would consider buying?