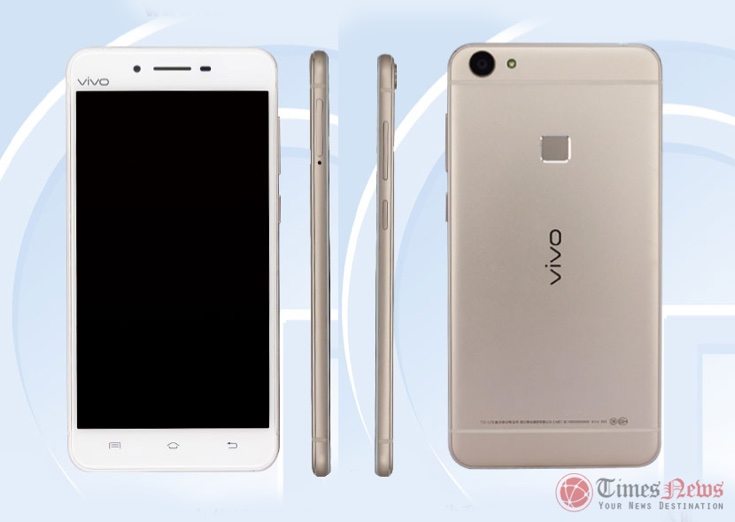 Some readers will have heard of the Vivo X6 and X6 Plus flagships that released late last year. Now some details have surfaced about the Vivo X6S from the certification process in China. We have info about Vivo X6S specs from a TENAA spot, and as the smartphone has now received approval we should be hearing something official very soon.

Last month we reported on a TENAA listing for the Vivo X6S Plus followed by a benchmark appearance. Now it’s the turn of the regular Vivo X6S to be uncovered, as the filing reveals some specifications and images of the device. Many of the specs of the X6S are the same as those for the X6S Plus, with the main difference being the display size.

The Vivo X6S features a fingerprint sensor and has a 5.2-inch OLED display with Full HD resolution of 1920 x 1080, as opposed to the 5.7-inch size of the Plus version. Further specs of the Vivo X6S include a 1.8GHz octa-core processor, 4GB of RAM, and 64GB of internal storage (non-expandable). It has an 8 or 16-megapixel rear camera, and 8-megapixel front-facing shooter.

Connectivity options for the Vivo X6S that are shown in the TENAA documentation include 4G LTE, 3G, 2G, Bluetooth, GPS, USB, and FM Radio. It runs the Android 5.1.1 Lollipop OS, and while the images in the TENAA filing show in in a Golden color, it’s possible it will also come in further choices. The handset measures 147.9mm x 73.75mm x 6.56mm and it weighs 140.5g.

Considering that both the Vivo X6S and X6S Plus have now received TENAA approval, we could see them officially introduced at MWC 2016 in Barcelona. We are likely to be swamped with new smartphones at the event next week, and we’ll be bringing you all the news as always. What are your first impressions of the Vivo X6S specs?